Recently, an audio recording resurfaced among long-packed-away possessions of a Class of ’64 Aggie.

A text version of the speech had existed, but now Gill's exact words — and his sincere closing thoughts on the meaning of Aggie traditions such as Muster and the 12th Man — come to life again.

Listen to Gill tell how he suited up in case the Aggie football team needed him, back in 1922.

The full recording includes remarks from student and Association leaders, the Roll Call, Singing Cadets and Silver Taps. As was tradition at the time, a single comrade answers “Here” for each of the 11 names called. (Read more Muster history.) 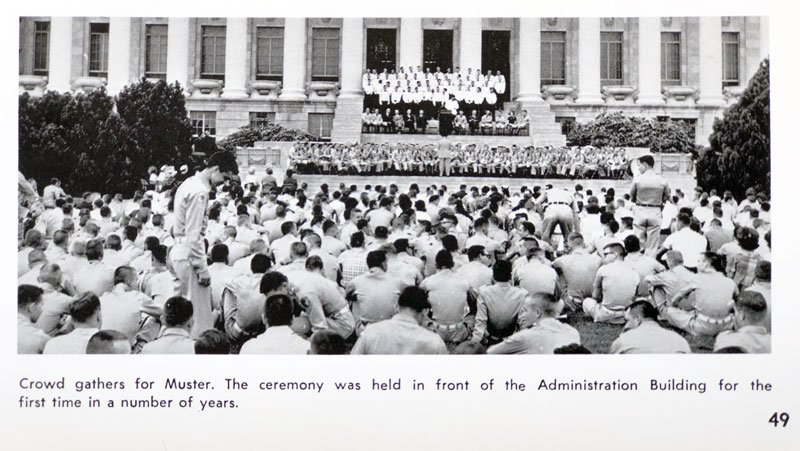 Above and below: 1964's campus Muster from the '64 Aggieland yearbook. 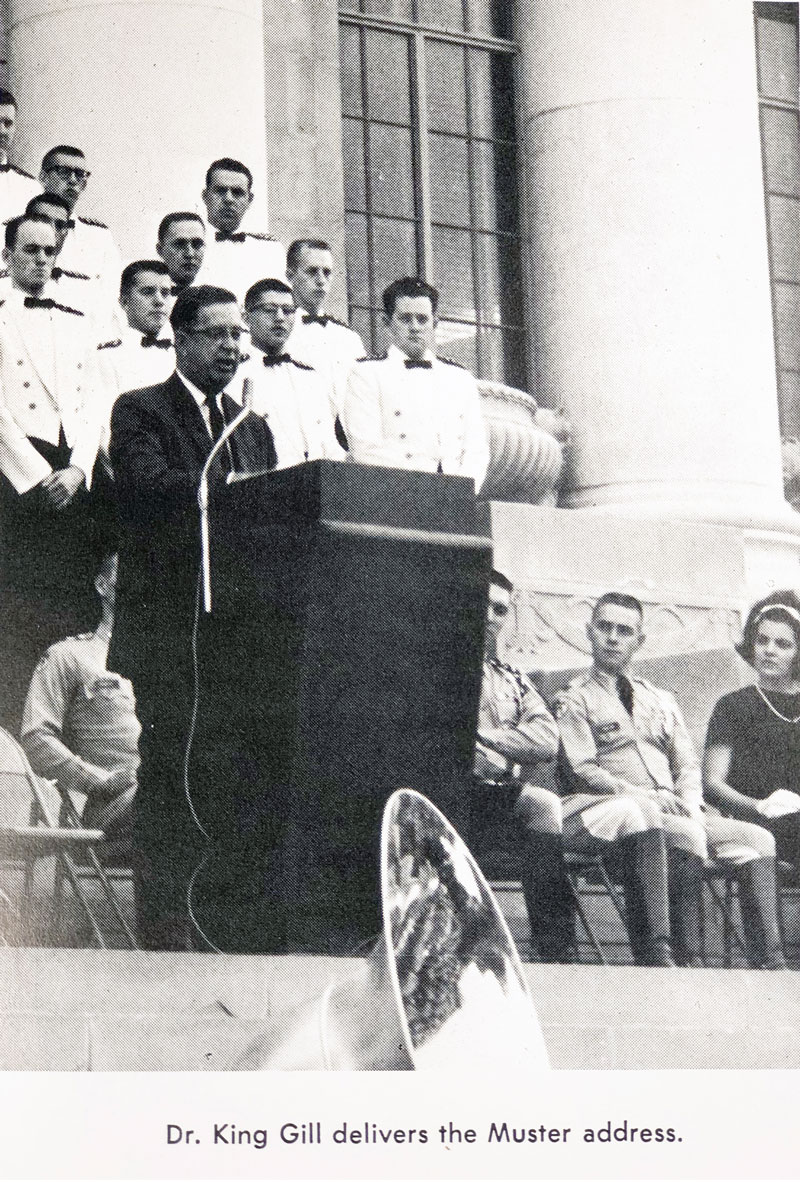 After the ceremony, a copy of the audio recording was given to Pat Nance ’64, who helped organize the ’64 Muster as chairman of the Student Life Committee in the Student Senate.

Nance said, “I’ve had it packed away with all my other Aggie stuff, unnoticed for the past 56 years. I ran across it during the last of my many military moves.

“It’s a treasure that every Aggie ought to be able to hear. So here it is!”

The 12th Man mentions Nance in the speech: Gill, who at this time was an ear, nose and throat surgeon living in Corpus Christi, says Nance asked him to tell the 12th Man story and how it had affected his life.

As Rudder introduces Gill, he speaks of “the fighting spirit that Aggies have always had,” the Muster photo that hangs in his office and the citizen soldiers of San Jacinto. He sets the scene of Gill’s story at the Jan. 2, 1922, Dixie Classic game in which the Aggies upset defending national champions Centre College.

“Since that day, the Corps has stood at the games ready to go forth if needed,” Rudder says.

“Dr. Gill is the living legend of the Aggie 12th Man.”

In his speech, Gill says that the story of the 12th Man's origin picked up steam (circa 1939-40) when Association head E.E. McQuillen, Class of 1920, provided the tale of the 1922 incident to a radio program.

Gill, who lettered in three sports at A&M, talks about the importance of that game for A&M’s “country boys.” He had been a substitute football player until Thanksgiving and “didn’t have the $3 to get into the game,” so he rode in a cab with the players to the stadium. Once there, a sportswriter asked him to go up in the stands and spot players, but after a number of A&M players were injured, Gill was waved back down, put on a hurt player’s uniform and stayed on the bench, ready to go in if needed.

“How has it affected me in the years afterward? Well, on the lighter side, it’s made me the prime recipient of all the A&M jokes that come along,” Gill says with a laugh.

“But I’ve never thought that the 12th Man really belonged to a personality. It belongs to the A&M student body.

“And every one of you can be a 12th Man. You stand up - stand up for what’s right and be ready to serve,” he says.

“I think it’s affected me this way: I see more young people that come by to see me. I think I’ve been a little better man and doctor.

“And I think it can do a lot for you.

“The A&M Muster is a thing that touches each one of us. And these traditions will grow more valuable to you as you get older,” Gill says. “Memory is a very valuable thing when you reach 60.

“So it’s my wish here today that you preserve these traditions. 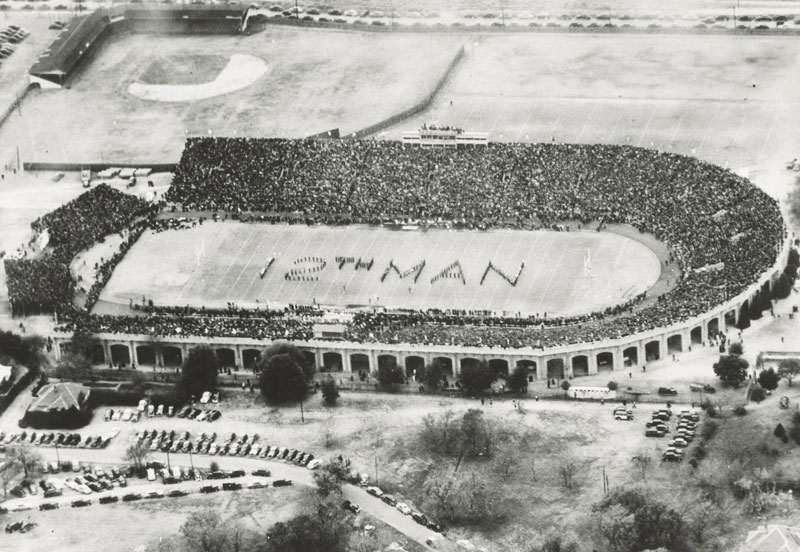 Above: Kyle Field circa 1930. Below: Gill in his student days and the statue of him that stands outside modern-day Kyle Field. 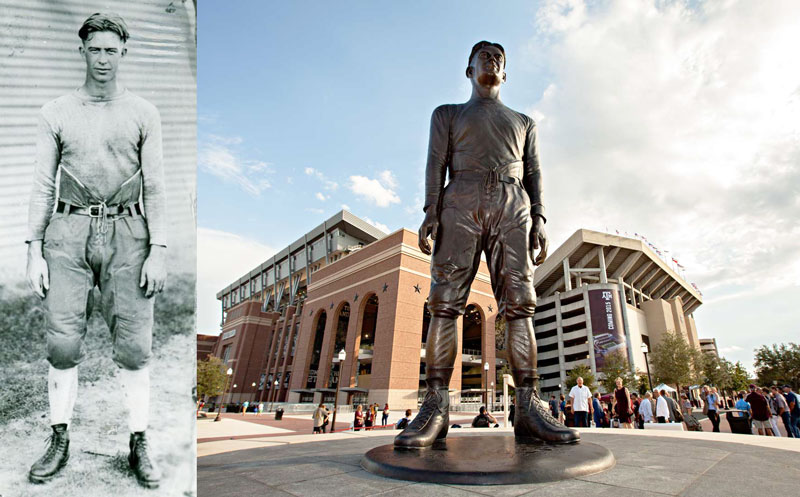