Part of a yearlong series in 2019 celebrating the 140th anniversary of The Association of Former Students. Previous stories:
How did Texas A&M settle on the term “former students”?
The Association cultivated - and named - 'Muster' in 1920s-1940s
Since 1951, Association support for the MSC has never flagged
Why is the Aggie Ring tradition so strong?

“It was harder to build than a rectangle or a square,” recalls former Association Executive Director Randy Matson ’67.

The distinctive crescent shape of the Clayton W. Williams, Jr. Alumni Center wasn’t one of the first choices architects offered, nor the easiest.

But the volunteer leaders of The Association’s board had a vision for former students’ first permanent home on campus.

The idea was, Matson says, that “this is not just an office building. We’ve got to represent the history and tradition of The Association, of A&M.”

Some 30 to 50 designs were proposed, both modern and traditional. 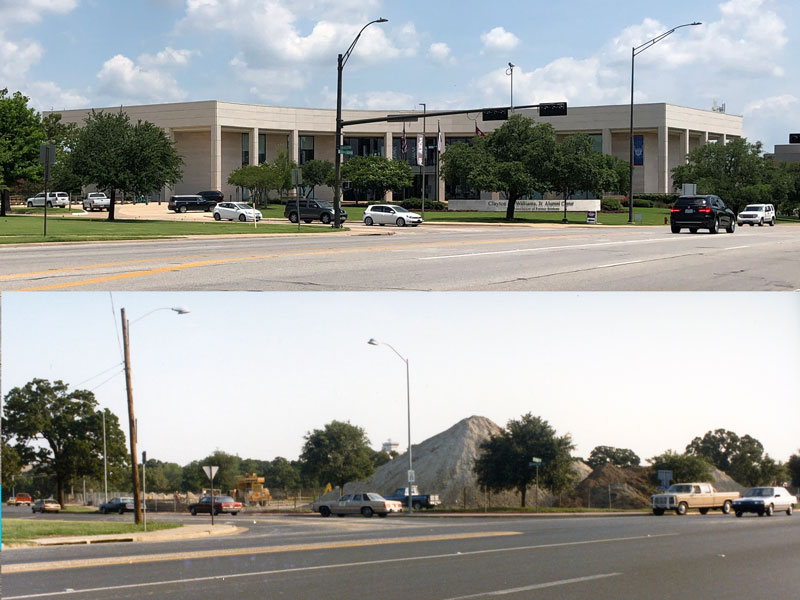 Above: Today, the Williams Alumni Center stands at the intersection of Houston Street and George Bush Drive; when construction started in 1985, the intersection looked nearly identical, but Bush Drive was still named Jersey Street! (Jersey was renamed in 1989 for President George H.W. Bush.) Below: The curved space for the foundation took shape in 1985, and the January 1986 issue of Texas Aggie magazine showed beams going up.

“The architects kept coming up with preliminary drawings of shapes,” Matson says, but none were clicking with the building committee, a group that included The Association’s 1983 board president, A.W. “Head” Davis ’45.

“He was wanting something more traditional, and the architect got a little frustrated. He asked, ‘Well, what do you want?’”

“And the architect, I don’t believe, really intended us to do that,” Matson says. “But everybody bought into it. At least that’s the way I remember it.”

The design was published in the March 1984 Texas Aggie, with committee members praising its simplicity, elegance, strength and dignity. Committee chair Davis Ford ’59 said, “It looks like no other building on campus — a presentation of tradition with an eye toward innovation.”

The 3-ton Haynes Ring Replica and surrounding Haynes Ring Plaza weren't added to the Williams Alumni Center until the building enhancement that was completed in 2009.

Today, the Williams Alumni Center hosts thousands of Aggies for Game Days, tens of thousands of students and family members for Ring Days, and dozens of student events year-round, from awards ceremonies to camp sendoffs.

It’s a living part of the A&M campus, a destination for visitors.

And it showcases Aggie history and traditions, just as the original committee wanted.

A quarter-century later, in an Association board meeting, Michael J. Havel ’76 had the inspiration for the Haynes Ring Plaza.

Hear him tell the story here! 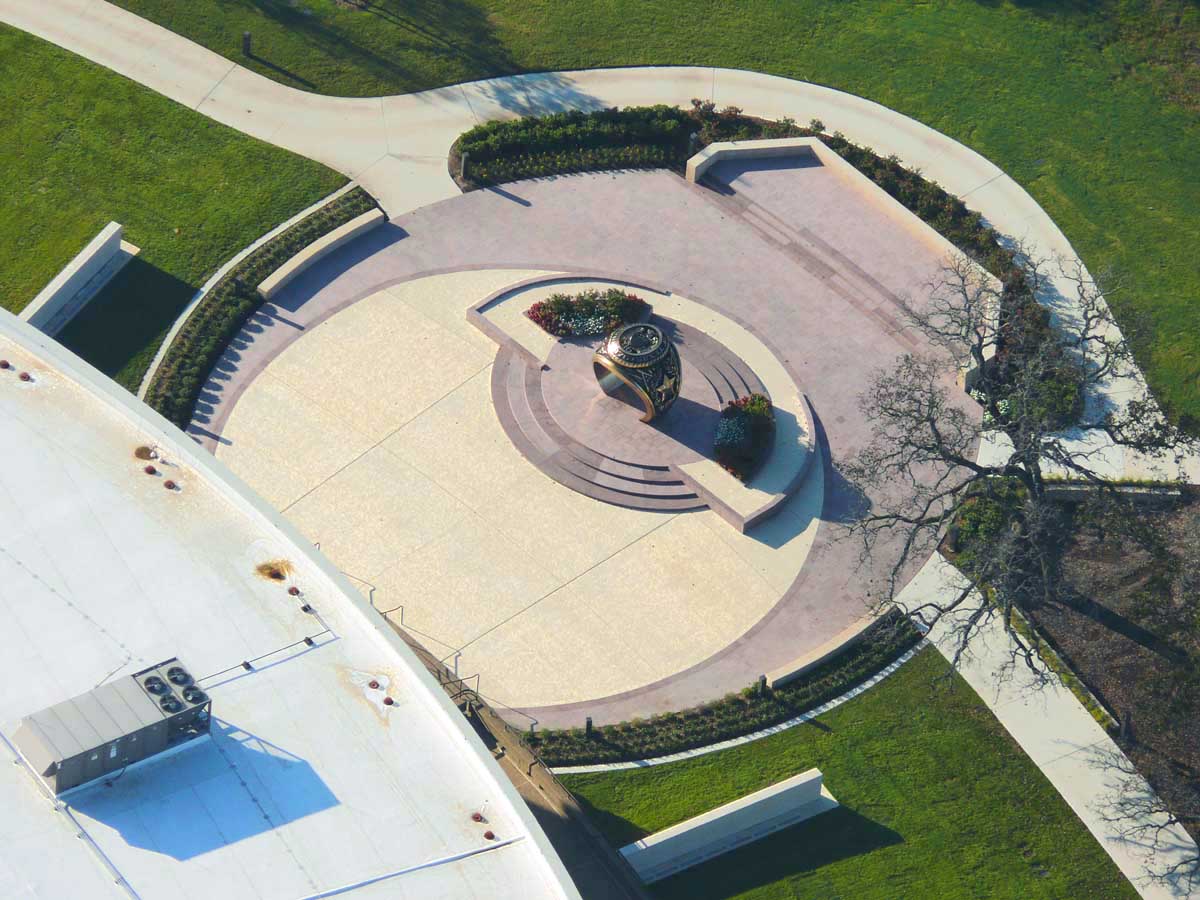 The Haynes Ring Plaza itself is in the shape of an Aggie Ring, best seen when viewed from above.

Gifts made to The Association's Annual Fund go to programs and services that benefit current students and former students; the funds to build and enhance the Williams Alumni Center were raised separately from the Annual Fund donations that thousands of Aggies, friends and supporters make every year. You can make your Annual Fund gift at any time via tx.ag/give.