The 102-foot steel footbridge that will bisect the planned two-tiered lake in Aggie Park was placed Tuesday by a 500-ton crane, marking one more step toward completion for this project.

The massive Aggie Park development project continues to transform 20 prime acres between Kyle Field and the Corps of Cadets quad. Since major construction on the project began in August, contractors have moved hundreds of tons of dirt and made enormous infrastructure improvements as they create “an outdoor MSC” with a lake and enhanced outdoor spaces for study, relaxation, tailgating, entertainment and recreation. 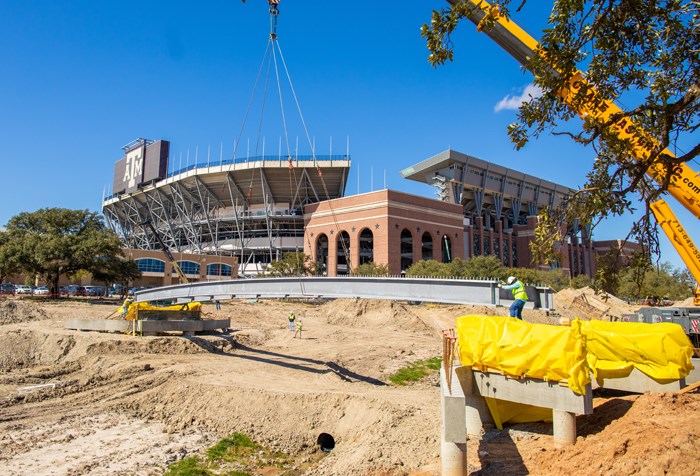 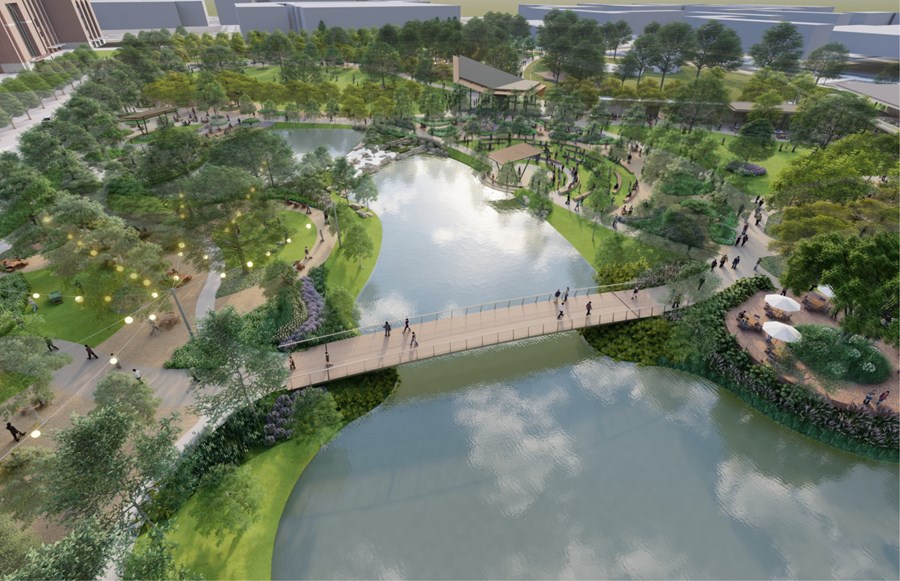 The Association of Former Students is overseeing all planning, design and construction for the park, in collaboration with the university and other stakeholders. A series of dedication events are being planned near the start of the fall semester.

Association President and CEO Porter S. Garner III '79 said: “In Aggie Park, we saw an opportunity to make something better for Texas A&M and Texas Aggies, and are excited to lead this project that will be a place of inspiration, reflection and celebration.”

Opportunities remain to be part of this historic campus development, which is funded through private donations raised by The Association. For information about major gifts and naming opportunities, contact Association Vice President Nic Taunton ’07 at NTaunton07@AggieNetwork.com or (979) 845-7514.

The Association of Former Students is the oldest organization serving Texas A&M University in support of the ever-growing Aggie Network. We are HERE for Aggies during their days as students and former students, THERE for Aggies as they make their way around the world and EVERYWHERE the Aggie Network needs us to be. To help us help more Aggies, visit tx.ag/Give.