A new book recounts the life story of an Aggie who became of the one of the most decorated U.S. servicemen and who is honored with a statue on campus. 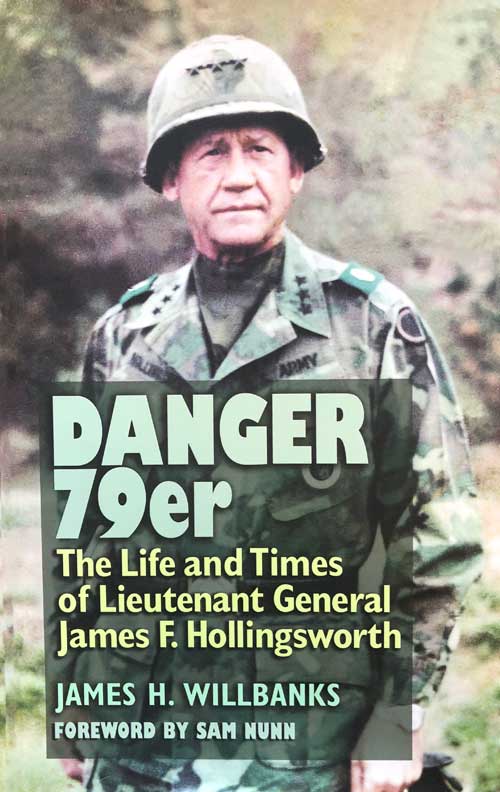 Danger 79er follows Hollingsworth from his hometown of Sanger, Texas, to the fronts of World War II and the Vietnam War, after graduating from Texas A&M University. Hollingsworth received his first Distinguished Service Cross for heroism during WWII and served as the assistant division commander of the 1st Infantry Division and commander of Third Regional Assistance in Vietnam, where he became known by the radio call-sign “Danger 79er.”

Hollingsworth’s statue, entitled “Danger '79er,” stands on the Corps of Cadets quad on the Texas A&M campus, serving as a symbol his service, selflessness and dedication to lead with honor.

The author is former General of the Army George C. Marshall Chair of Military History and director of the department of military history at the U.S. Army Command and General Staff College at Fort Leavenworth, Kansas. Willbanks graduated from A&M with a bachelor’s in history and also served in Vietnam as an adviser with the Army of the Republic of Vietnam. Willbanks received the Silver Star, Bronze Star with V and 1 Oak Leaf Cluster, two Purple Hearts and two Vietnamese Crosses of Gallantry for his service.

Information on purchasing the book can be found on the Aggie Books and Authors page at tx.ag/AggieBooks.