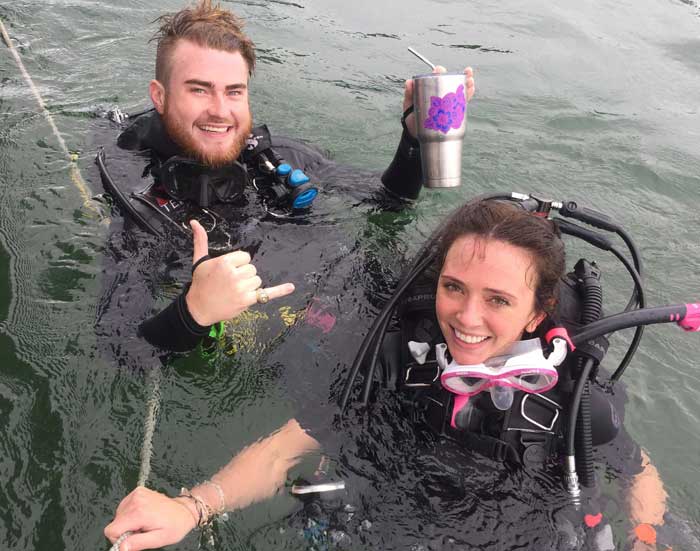 These divers from Lake Travis Scuba found an Aggie Ring in the lake.

Joshua Cruz '10 emailed us with a great story about losing and then getting back his Aggie Ring. We'll let him tell it:

I wanted to extend a thank you to The Association of Former Students!

This past Saturday [May 20, 2017], I was on Lake Travis and my Aggie Ring slipped off my finger into the water. Being a third-generation Aggie, there is so much sentimental value behind that ring, so I was devastated seeing it sink down into the water.

On Sunday, I was speaking with a family member and we were discussing if it would be too far-fetched to hire a dive team out to the area. Five minutes later, I was surprised with a text from an unknown number.

Apparently a diver, Matt Craven from Lake Travis Scuba, found my ring!! They found my contact information from The Association's webpage and an hour later I was delivered my ring back!

I want to thank you again for connecting me with my ring. I later learned that my ring descended 45 feet below the surface, and I was lucky it fell on a flat surface. The diver spotted the shiny ring almost immediately. It was not even 24 hours before my ring was back in my possession.

We're always thrilled to hear and pass along stories of Aggie Rings that have made their way back to their rightful owners, so we got Joshua's permission to share his story with the worldwide Aggie Network. And the happy ending to Joshua's story highlights one of the reasons it is important for Aggies to keep their contact information up to date at Find An Aggie, The Association's online directory of former students.

If your Aggie Ring were lost and found, would anyone be able to contact you to return it?

The diver who recovered Joshua's Aggie Ring, Matt Craven, asked an Aggie friend, Ellen Giddens '14,  to try to find the owner. She knew to look on The Association's website, where she easily found Joshua, and because Joshua's contact information was current, his Aggie Ring was back on his finger less than 24 hours after that horrifying moment when he watched it falling into the depths of Lake Travis.

To see the information currently on your record, log in and go to AggieNetwork.com/profile/aggie.aspx. Click the "edit" button next to "Contact Information" to update your record.

While on the edit screen, you can also click "edit privacy" to control the visibility of each piece of your contact information. For example, you could set your phone number to be visible to anyone, visible to no one, or visible only to verified Aggies.

We hope you never lose your Aggie Ring, but in case you do, improve the chances of your story having a happy ending by updating your contact information today.

If the unfortunate case that you do lose your Aggie Ring, we've got a simple online form where you can let us know: tx.ag/LostFoundRing. You can use that same link to let us know if you've found someone else's Aggie Ring. 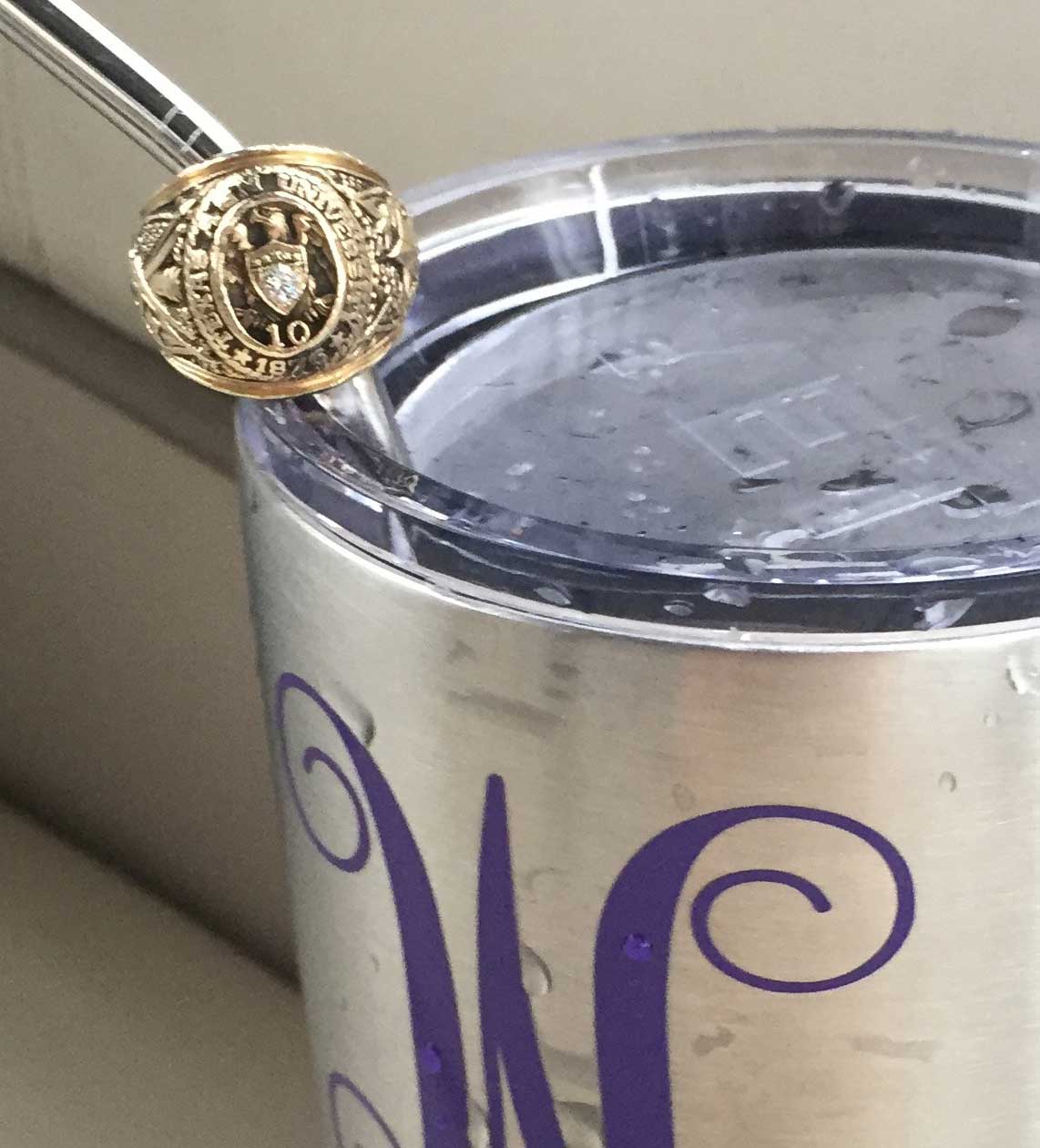 Joshua's Aggie Ring after it was recovered from the bottom of Lake Travis.