After 33 Years, Aggie Gold Comes Down From The Mountain

On July 12, 2016, three members of the Eureka Treasure Hunters Club of Lakewood, Colo.—Jack Hoover, Win Faires and Chris Davis—took their metal detectors and made a run up to the ski slopes of Breckenridge, Color., in search of buried treasure. The group has been up to the slopes a number of times over the past two years. Normally, they spend a great deal of time happily digging up bottle caps, pull tabs and corroded coins. It does not take much to amuse some folks.

For some unknown reason, while significant quantities of coins and dozens of zippers are routinely found, not much jewelry is recovered. One can only surmise no one who skis has any zippers on their clothing. Which may explain why we find all the coins. Skiing must be a violent sport. Every once in a while, something nice is actually found. 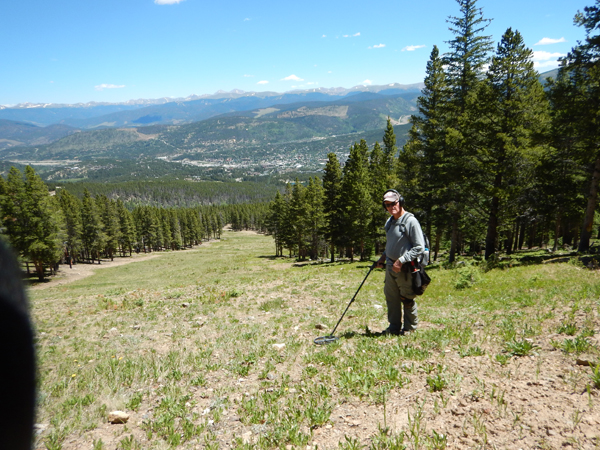 On this particular day, the group was halfway up a slope in the middle of nowhere, busily recovering corroded coins and zippers. Jack Hoover hollered, “I found a ring!”

I hollered back, “Great! What is it made of?”

I think Jack was “jacking” with me (if you will excuse the expression). I said it sounded like a class ring, so I eased over to take a look. It took approximately 2 nanoseconds to determine it was a Texas A&M class ring. I had a brief stay at A&M a thousand years ago and was familiar with the significance of Aggie rings to Aggies. 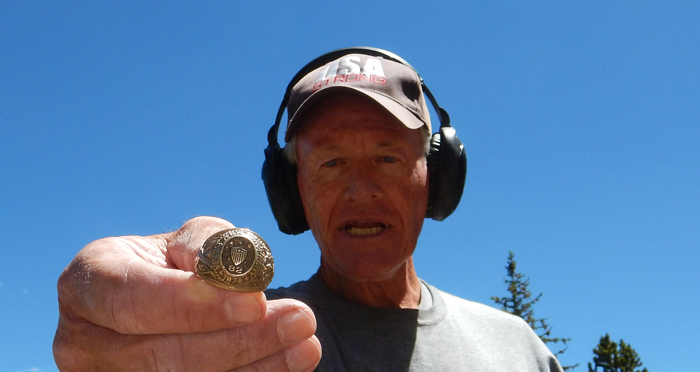 Jack agreed we should return it, if we could only figure out who it belonged to. Discovering the identity of the ring’s owner was not a problem as all Aggie rings have the owner’s name engraved on the inside. We cleaned the dirt off, and discovered the name, “Christopher C. Hammel." We soon discovered it was not quite as easy to run him down.

A call to The Association of Former Students of TAMU revealed an address in Katy, Texas, and a phone number. Unfortunately, the listed phone number was disconnected. We did Google searches but were unable to find a working number. We were able to confirm Mr. Hammel owned a house in Katy. We checked with the Katy chapter of the Former Students [the Katy Area A&M Club] but struck out again.

However, one of the websites listed a “Pamela” as related kinfolk. By plugging “Pamela Hammel” into a Google search, she popped up under a local real estate company in Katy.  It was after hours, so I called and left my contact number and an email address.

I have been detecting long enough to be cautious. You just do not hold a ring up and holler, “I found a gold ring!” or you may well have five different people claim it. You say, “Can you describe it for me?” If they correctly describe it, fine.  If not ...

In this case, to make sure I was talking to the real Christopher Hammel, I wanted two questions answered. First, I wanted him to tell me it was an Aggie class ring. Second, I wanted to know if where he said he lost the ring was the same location it was found. The first 30 seconds of our phone conversation answered both questions positively without asking. We had our man. 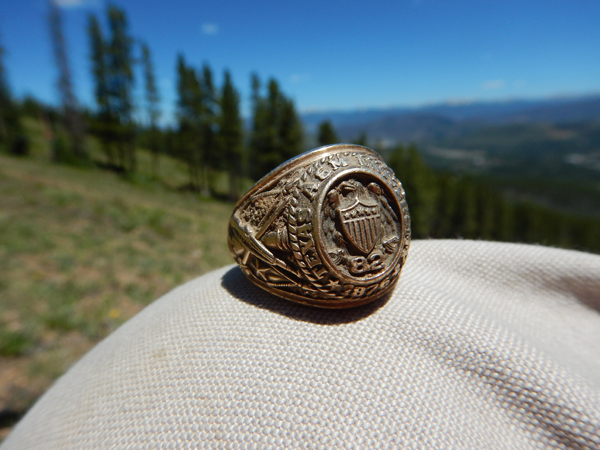 Christopher Hammel had majored in chemical engineering at Texas A&M and graduated in 1982.  As with (nearly) all Aggie graduates, he was very proud of his new ring. It cost $800. Virtually all graduates purchase a ring. They may have to skip paying a car note or two, but they always manage to come up with enough money to buy their ring. Needless to say, Christopher wore his ring everywhere.

Six months later he went on a skiing trip to Breckenridge with his younger brother. His brother, 14 years old, kept falling. Christopher would pull his gloves off and help him up. When they got to the bottom of the slope, he discovered he no longer had his ring. And that was the last he saw of it for 33 years.

After the loss, his mother helped him scrape money together and eventually he purchased a replacement. As good Aggies do, he continued to wear this new ring everywhere. After 30 odd years, the replacement was worn smooth, while the original ring recovered on the slope looks like new.

Mr. Hammel made a trip back up to Breckridge with his kids in 2014. He learned his lesson of 30 years ago. On this trip he did not wear his ring, but left it safely in his jewelry box. He did, however, lose his driver’s license.

Jack Hoover, who found the ring, is a self-employed geologist. This was the second gold ring he has found since he started detecting. Win Faires is a retired postal employee who has found too many rings to count. I am a retired game biologist, and like the blind hog looking for acorns, I occasionally get lucky. Usually by accident, but it counts.

I actually attended Texas A&M back in 1977.  I was studying at A&M in effort to pass the civil service exam for Village Idiot, but discovered the curriculum was too challenging and flunked out.

Jack Hoover had only one request.  The Eureka Treasure Hunters Club has a Find of the Month contest at our meeting each month, where everyone brings in their best finds and the best of the best are recognized. The winner gets a silver dime. The members bring in some pretty neat and interesting stuff. Jack requested he be allowed to keep the ring until he could enter it into the Find of the Month contest before returning it. After all, a whole silver dime was at stake.

Christopher had no problem with this. I believe he put it, "Well, I haven't had it for 33 years, another month will not make any difference."

Editor's Note: The Association of Former Students appreciates that Chris Davis took the time to write up this story and share it with the Aggie Network. We certainly are also very grateful to the Eureka Treasure Hunters for finding Chris Hammel's Agge Ring and for tracking Chris down so it could be returned to him.

The Battalion reported a version of this story in September 2016, including a short follow-up interview with Chris Hammel. You can read that story at tx.ag/O8dyvos.

There's a good reminder here for all Aggies about the importance of keeping your contact information up to date in the Find An Aggie database, so we can easily track you down if someone ever finds your lost Aggie Ring.