Aggie Park, 20 acres of premier green space in the heart of Texas A&M's campus, opened in September and has been used daily by members of the Aggie Network since. Aggie Park was developed and fundraised for by The Association of Former Students and paid for by generous donors, including lead donor Wayne Roberts '85 in honor of his late wife, Shannon Lia Roberts '86. 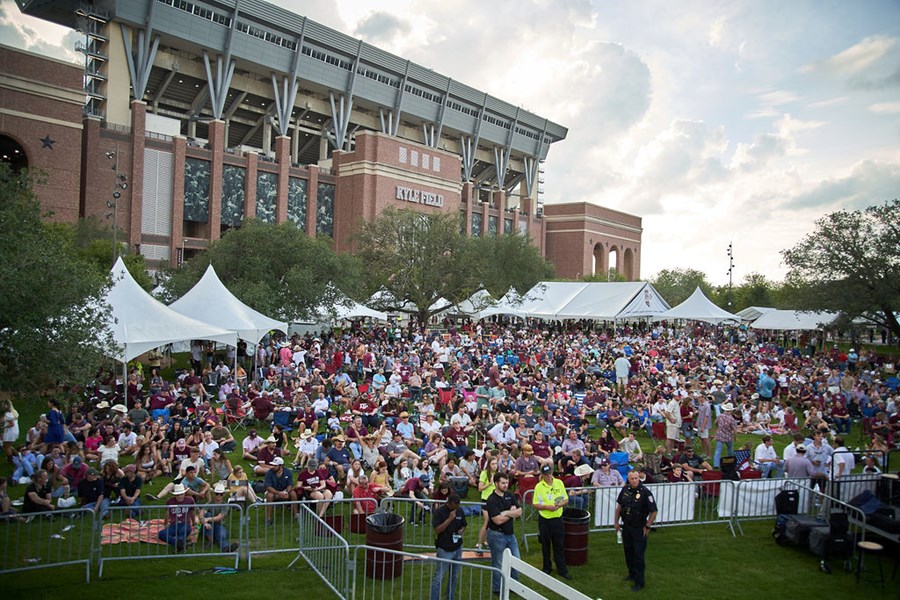 On Sept. 2, the Aggie Park Kickoff Concert was held to officially open the space. It featured performances by Julianna Rankin '18, The Barn Dogs, and Max Stalling ’89. To end the evening, Robert Earl Keen ’78 took the stage to sing his farewell to Aggieland. Keen is retiring from touring but made a stop in College Station to celebrate Aggie Park. To see more photos from the event, visit tx.ag/AggieParkOpeningGallery. 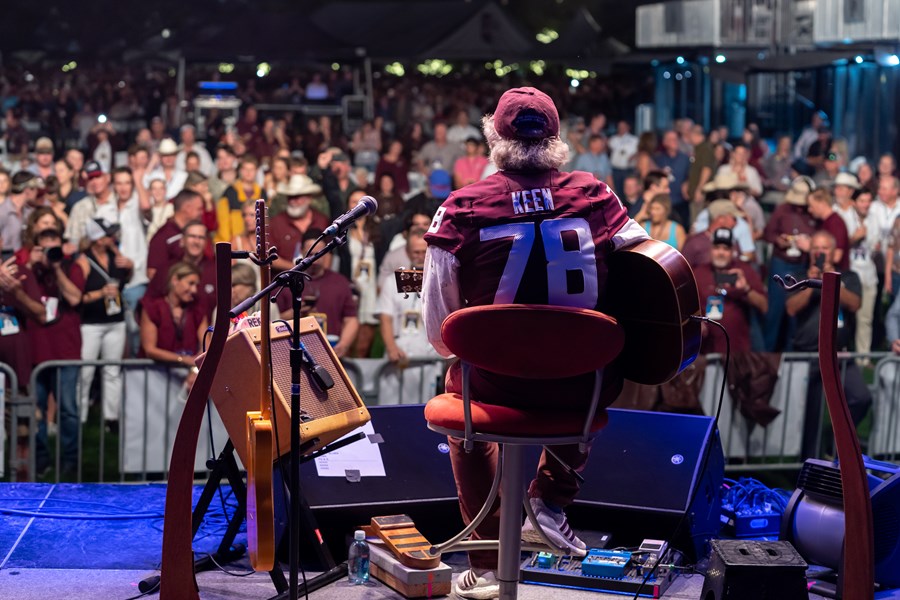 The next morning, university leaders, friends and family of the Aggie Network gathered back at the stage to formally turn Aggie Park over to Texas A&M. The Aggie Band ended the ceremony with the War Hymn, before joining the other members of the Corps of Cadets to march into Kyle Field. 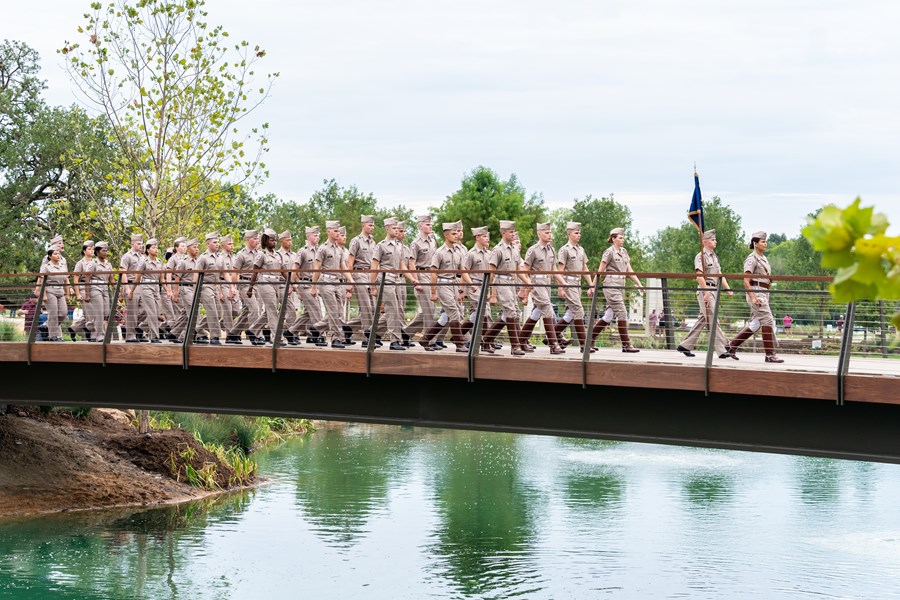 There are many features of Aggie Park to explore. About 500 Florida bass were stocked in the lake. You can pick up some fish food from the Clayton W. Williams, Jr. Alumni Center to take to sprinkle off the Plank Bridge. 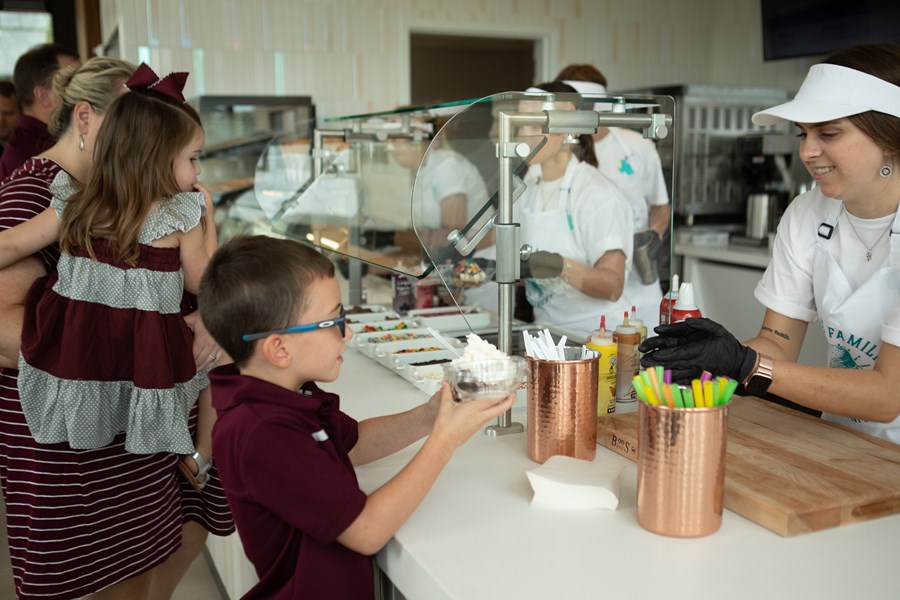 You can also visit the Moore Family Creamery for treats like ice cream, milkshakes, brownies and cookies!

To learn more about Aggie Park, visit aggiepark.tamu.edu. To reserve Aggie Park for your event, visit tx.ag/Reserve. To make a contribution to the further development of the green space, visit tx.ag/SupportAggiePark.

The Association of Former Students raises friends and funds in support of Texas A&M University. Make a gift today.