Kathryn Greenwade ’88, Vice President for Communications and Human Resources at The Association of Former Students, passed away Feb. 10 after a lengthy illness.

“This is a profound loss for The Association of Former Students and for every person who loved Kathryn and whose life she touched,” said Association President and CEO Porter S. Garner III ’79, who recruited Greenwade to The Association in 1999 and worked with her for 22 years.

“Kathryn gave her all for The Association. The strength of our organization today is in large part a credit to Kathryn and a testament to her true professionalism, her wise counsel, and her love for Texas A&M and Texas Aggies,” Garner said.

“She brought that same commitment to her personal relationships, making friends everywhere she went and always bringing us humor and joy.”

Before coming to The Association, Greenwade led the former student career services program in the Texas A&M Career Center and worked in the fields of marketing and training in Dallas.

She was a third-generation Aggie, earning her bachelor of science degree in journalism in 1988. She was honored in 2000 as a Fish Camp namesake and served her community as a member of the board of directors of Habitat for Humanity Bryan-College Station.

She also served Texas A&M for 13 years as an academic mentor to Company C-2 in the Corps of Cadets, where she was twice named outstanding academic mentor.

Those close to Greenwade know how deeply she loved Texas A&M, and more specifically, Texas Aggies. To perpetuate her example of selflessness and tell her story, The Association will honor her in a place that will unite Aggies for generations to come — Aggie Park. If you would like to contribute to the Kathryn J. Greenwade ’88 Aggie Park Memorial, you may do so online at tx.ag/Kathryn88.

Memorial donations may also be made to Habitat for Humanity Bryan-College Station at habitatbcs.org/donate, or via mail at 119 Lake St., Bryan, TX 77801, with “In memory of Kathryn Greenwade” on the memo line.

Kathryn is survived by her parents, James ’66 and Sharon Greenwade of Clifton; sister Karen Schiller ’92 and her husband Kevin ’91 of College Station; nieces and nephews, Sarah Schiller ’18 of Evansville, Ind., Samuel Schiller ’22 of College Station, and Jacob Schiller of Greeley, Colo.; uncle and aunts, Robert T. Greenwade ’68 and Emily Kay Greenwade ’69 of Wichita Falls, Gina Stokes of Hewitt,  Dana Alsobrook of Clifton; cousins Walt Greenwade ’93 and wife Christine of Keller, Amy Adams and husband Keith of Petrolia, Brian Eoff and wife Marassia, Josh Eoff and fiancé Jordan, Chris Eoff and fiancé Jessica, and Bobby Nichols, all of Clifton; many other aunts, cousins, friends, colleagues; Aggies around the world; and her loyal dog, Quinn. She was preceded in death by her grandparents, James W. ’30 and Olivia Greenwade, and Alvin and Bernice Eoff; uncle Louis Eoff; and her beloved dogs, Shady, Earl, Jakey Ray, Penny, and Gigi. 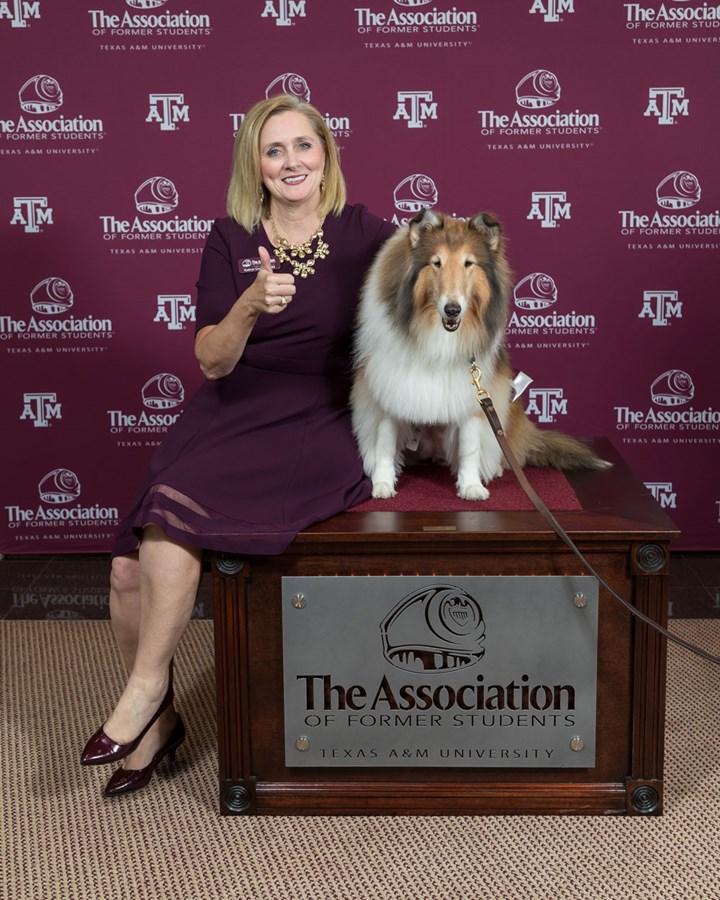