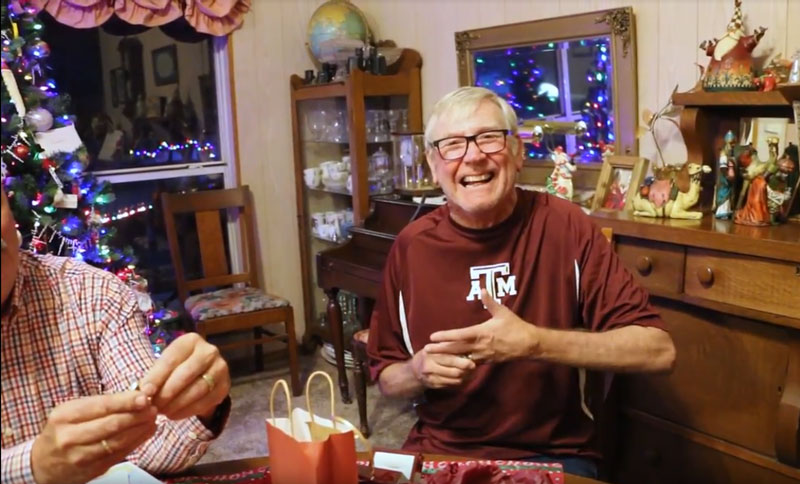 My dad, Dale Dykes, is Class of 76. In March of '77 he was in a head-on collision while on his motorcycle. My dad lost half a foot and was in the hospital for a while. He lost some weight, and it took him a while to recover. While recovering, he went to the family lot on Lake Travis. He was skipping some rocks on the lake, and his Aggie Ring slipped off his finger and went into the lake. Several friends and family members tried searching for it, scuba diving for it, etc. No one could find it.

Fast forward to a month ago. My grandparents now live on that lot, and the dock mover was diving and working on the neighbor's dock cables; he noticed some sunglasses and other junk on the bottom of the lake. He grabbed the junk and gave it to his daughter to clean up. In that junk was my dad's Aggie Ring. We got it back December 26th and he received it later that day.

Below is my dad with his current Ring and the Ring that was in the water for 42 years. 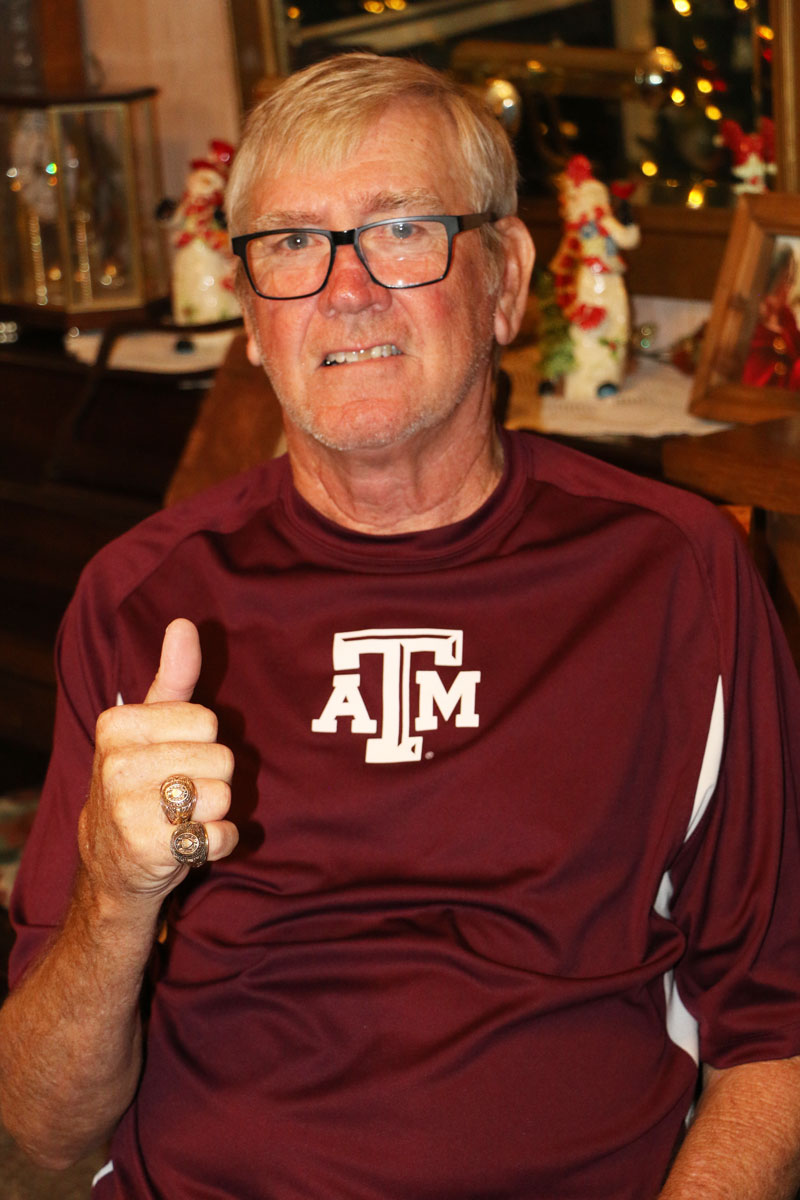 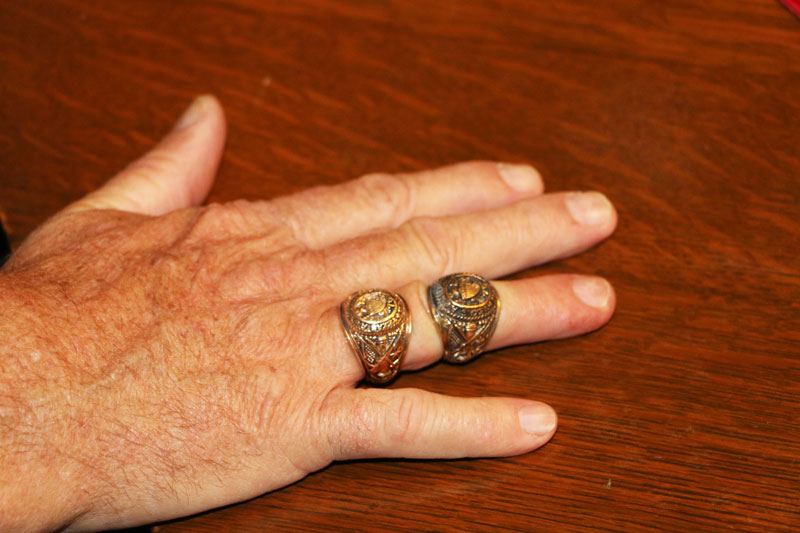