Association To Read 1,600 Names And Answer 'Here' For Each

This year, for the first time in the modern history of Aggie Muster, the entire Worldwide Roll Call for the Absent will be read aloud in a single location—with Aggies answering “Here” for each and every name.

The reading of the full 2018 Worldwide Roll Call for the Absent on April 21 will be fed through the public address system at the Clayton W. Williams, Jr. Alumni Center, with exterior speakers carrying the reading to campus. The reading will also be livestreamed on the internet at tx.ag/Here.

The reading of the names of the more than 1,600 Aggies whose deaths were reported in the past year will begin at 6:51 a.m.—which will be sunrise in College Station—and will take more than two hours.

It is commonly believed that the main campus Muster calls or used to call the full roll each year, but historical records do not support that belief. With more than 1,600 names on the annual list these days, it’s understandable that no one would attempt to read the full list. But even back when enrollment was much smaller, there’s no indication that any Muster regularly tried to call all names, even the student-run campus Muster. 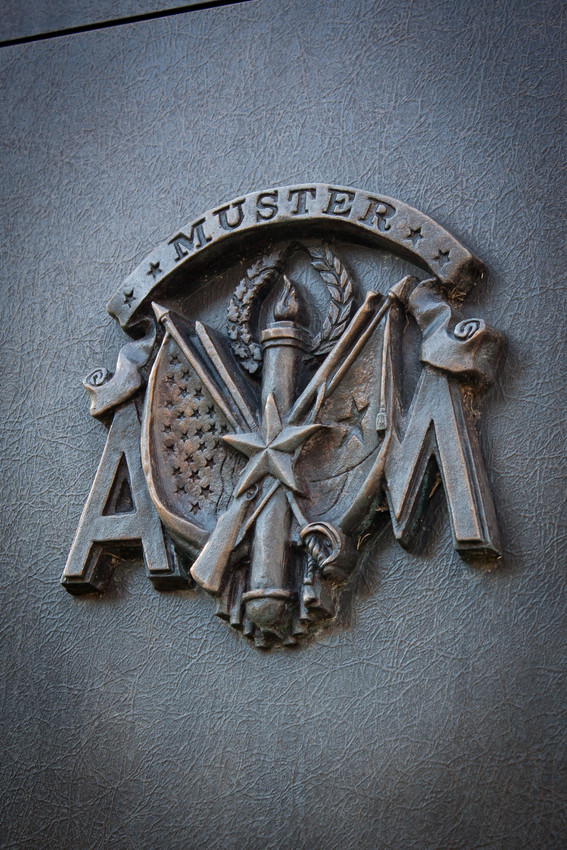 Names are sent to the Muster closest to where an Aggie lived, but because all Musters historically employ their own methods of selecting names to call, and because there are usually some names with no associated address, there has always been a chance some names would not be called. That is the situation this reading is intended to remedy, said Porter S. Garner III ’79, President and CEO of The Association of Former Students.

“It is fundamental to the Aggie Spirit that every Aggie’s name be called at Muster,” Garner said.

More than 50 people will take shifts reading the names on the 2018 Worldwide Roll Call, including top university and system administrators, Association staff and volunteers, student leaders, university faculty and staff, and members of the student Muster Committee.

Names are added to the Worldwide Roll Call (tx.ag/RollCall) when The Association is informed of an Aggie’s passing. See tx.ag/AddAName for details and how to send a name.

In addition to the reading of the Roll Call, a scrolling text video of all the names is also produced each year by The Association; it is shown at the student-run Muster in Reed Arena and on the Alumni Center’s Huddleston Video Wall. It will also be available to watch on AggieNetwork.com starting at 1:22 p.m. Central time on April 20, which is the time that Muster Day will dawn in Sydney, Australia, home of the easternmost Texas A&M Club. The scroll will continue until 5 a.m. Sunday, April, 22, coinciding with the end of Muster Day in Honolulu, Hawaii, the location of the westernmost A&M Club.

More information about Muster, including the campus ceremony and the hundreds of local Musters that will take place worldwide, is available at tx.ag/MusterFAQ.

Gifts made to The Association of Former Students help provide many Muster services, allow the daily maintenance of the Worldwide Muster Roll Call, and mail thousands of invitations to Aggies for local Musters. Add your support at tx.ag/give.

The Association of Former Students, established in 1879, is the official alumni organization of Texas A&M University. The Association connects hundreds of thousands of members of the worldwide Aggie Network with each other and the university, and will provide $12.6 million in impact to university scholarships, awards, activities and enrichment for students, faculty, staff and former students in 2018. For more information about The Association, contact Kathryn Greenwade ’88 at KGreenwade88@AggieNetwork.com or visit AggieNetwork.com.