A bronze sculpture commissioned to reflect former students' love for Texas A&M is now on display in the lobby of the Southside Commons. 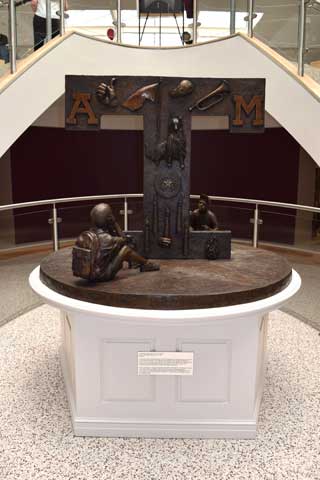 “Yesterday, Today, And Tomorrow” was commissioned by The Association of Former Students and unveiled on February 26, 1999, at a meeting of The Association’s Leadership Council. The work by Pennsylvania sculptor Renee Headings was underwritten by a generous gift from Charles L. Pence ’51.

The sculpture was displayed in the Clayton W. Williams, Jr. Alumni Center for almost 20 years. In 2017, The Association donated the sculpture to the Department of Residence Life at Texas A&M University, and it was placed in its current location to be enjoyed by students living at the heart of the Aggie experience.

The Commons closed for a nearly $50 million renovation from 2015 to 2017. The lobby reopened to the public in April 2017, and the sculpture was unveiled in its new location at a "Commons Lobby Grand Reopening" event in September. 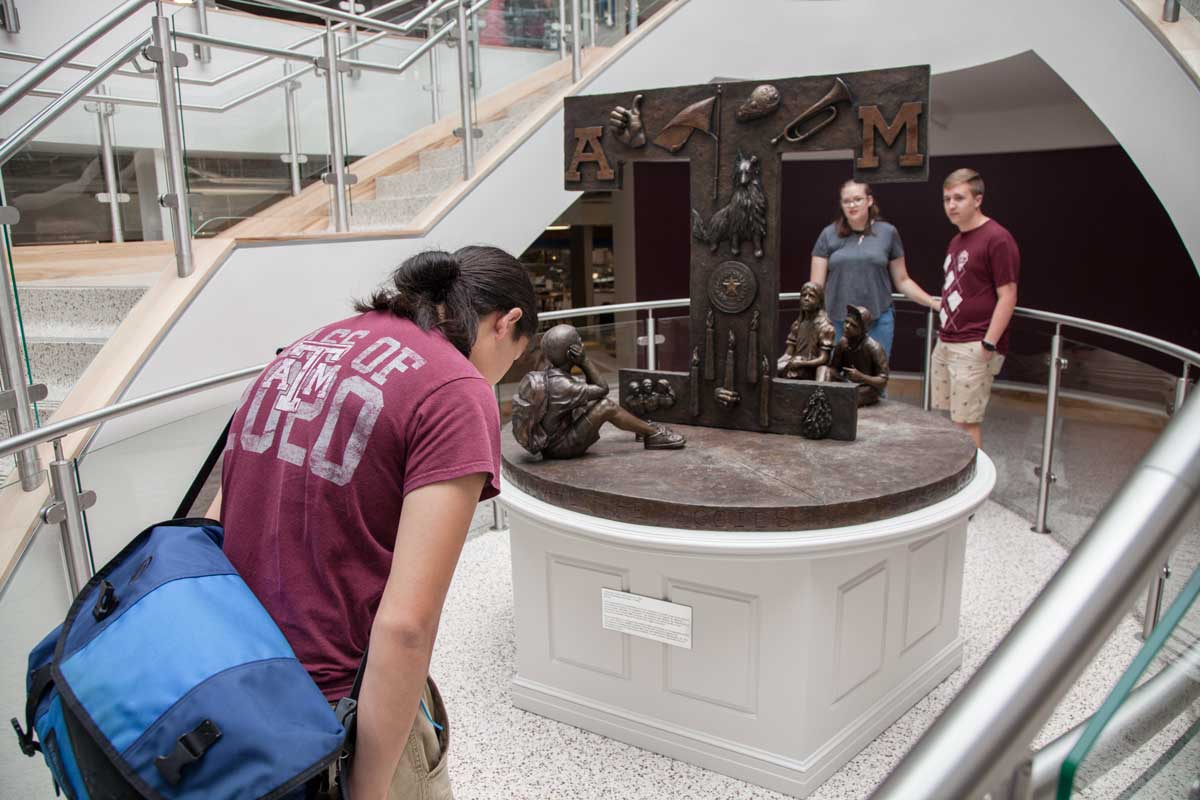 The sculpture's giant “T” carries bas relief images representing the past and the present. Texas A&M’s heritage is represented on one side with an Aggie Bonfire, cadets at attention, a Class of 1889 Aggie Ring, a football with the score of the 1915 Thanksgiving Day game, Old Main, and senior boots. 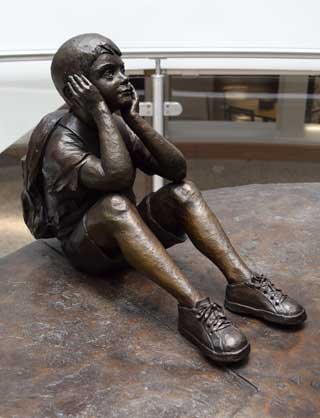 The other side has images representing a Class of 1998 Aggie Ring, Reveille, a Silver Taps bugle, Muster candles, three cadets at Final Review, and the American flag.

Seated on a five-pointed star on the base are three children, looking up in awe and wonder as they contemplate their role in the next generation of Texas Aggies. The children also represent the loyalty many families exhibit toward the university. Engraved on each side of the circular base are the words, “WE ARE THE AGGIES.”

The sculptor, Renee Headings, is a Pennsylvania-based sculptor best known for her figurative bronze work, with a focus on wildlife sculpture. She has won numerous awards and commissions, including the National War Dog Team Memorial in Washington, D.C., the Winnebago County 911 Memorial in Rockford, Ill., and a private commission for the Sultanate of Oman.