At Ennis High School, the Aggie War Hymn is the fight song, and maroon and white are the school colors. Sound familiar? Ennis is a very Aggie-driven community, so it was no surprise that A&M was a popular choice for college for the majority of the band members.

Czech heritage in Ennis is similar to Aggie culture, in that they are both very tradition-based.

Rejcek said his Aggie experience has been similar to his Czech heritage because it had the same type of immersive feel. “Coming into A&M was a very easy transition,” he said. 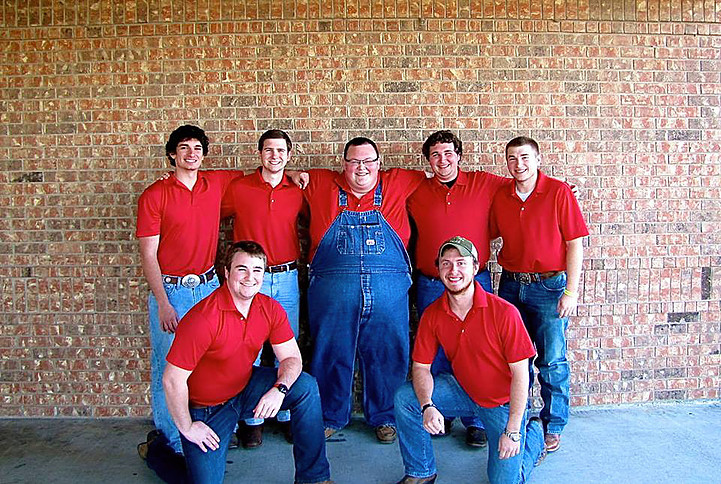 The Moravians’ name and music go back to Rejcek's family. The band got sheet music from his father, who once had a polka band of his own. And Moravia in the Czech Republic is where the Rejcek family originated.

The band members realize the importance of traditional polka music because older generations are the ones who have brought it here. A lot of their drive comes from wanting to keep the tradition alive as young musicians.

They understand that their music is widely listened to by those older generations, but along with their traditional Czech music, they will cover familiar country songs by bands such as Randy Rogers Band and Eli Young Band to keep their shows feeling current. "People like the different pace (of country music) than polka and waltz, because they go along together,” Cryer said.

But they have also found a wider audience, performing in Wisconsin, Idaho, and Illinois, at The Princess Ball in Dallas, and at the Caldwell Kolache Festival.

They hope to continue to play polka well after college, and they are flexible with the dates they schedule shows on, but they do admit they might just check A&M’s football schedule before booking.