William A. Hamilton, Jr. ’40 knows what it's like to be stuck between a rock and a hard place. After attending North Texas Agricultural College at Arlington for three years, he earned a degree in civil engineering at the A&M College of Texas.

After graduating from military training at Texas A&M on Feb. 15, 1941, Bill Hamilton was commissioned a second lieutenant in the U. S. Army and called to active duty. He was ordered to report to Camp Wallace near Galveston, where he was put in command of a unit of the 54th coast artillery. After two months, he was transferred to Camp Davis, N.C., where he saw a notice on a bulletin board asking for volunteers to be reassigned to Pearl Harbor, Hawaii. 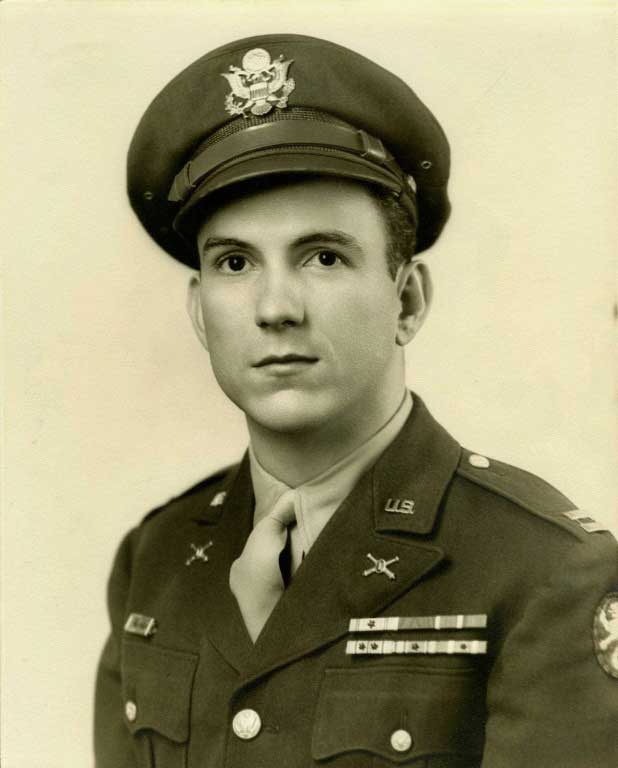 Hamilton volunteered and he set off for San Francisco, but by the time he arrived, he learned he had been reassigned to the Philippine Islands, where officers were in greater need. Hamilton arrived in the Philippines on Nov. 1, 1941 and was stationed at Camp Mills on Corregidor Island. He was placed in command of an anti-aircraft battery of the 60th Coast Artillery at Corregidor Island and charged with guarding the entrance to Manila Bay.

On Dec. 1, 1941, the military was placed on alert and Hamilton’s unit was ordered to shoot down any unidentified aircrafts. Six days later on Dec. 7, the Japanese bombed the U.S. Naval Base at Pearl Harbor, which started American involvement in World War II. Although Hamilton was disappointed about not being assigned to Hawaii, the change meant he escaped disaster there, although not completely.

At the same time, the Japanese also bombed Clark Air Field in Manila. Under the command of General Douglas MacArthur, American and Filipino troops withdrew to a safer position on the Bataan Peninsula and Corregidor Island. The plan was to hold out until they could receive reinforcements from the American fleet in Hawaii—they did not yet know that the attack on Pearl Harbor had destroyed much of the Pacific fleet. After four months, Bataan fell to the Japanese in April 1942, who continued to bombard Corregidor Island. It was during this fighting that Brigadier General George F. Moore, Class of 1908, held Muster with the 25 other Aggies under his command. Despite flying shells and bombs, this group of Aggies held a roll call of the Aggies under his command on April 21, 1942. Since it was still unsafe to gather together, the Muster was carried out while everyone remained at their battle stations.

In May 1942, after increased bombing and artillery fire from the Japanese troops, the Japanese prepared to invade the tunnels at Corregidor. At daybreak, Lt. General Jonathan Wainwright ordered the American and Filipino troops to surrender, and Hamilton became a prisoner of war. 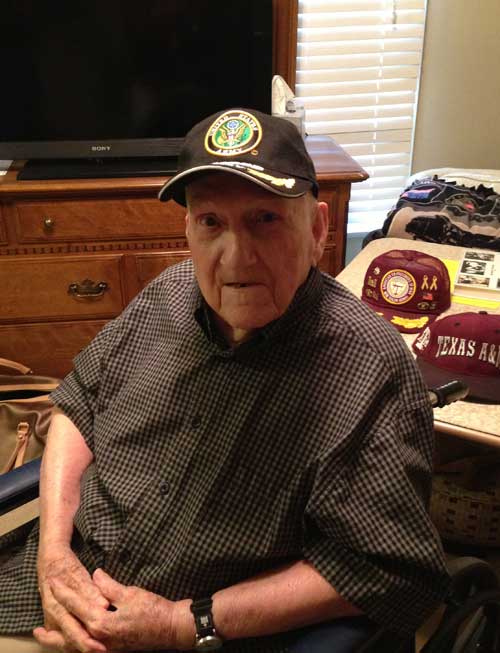 He recalled the hardships of being a POW for three years. “The food was pretty meager,” Hamilton said. “When we got back, the medical corps looked into the comparative meal per day and they figured we lived on two slices of bread a day. Two slices of bread a day!” He survived by working to raise crops so he received a worker’s ration of food, which was more than usual.

The transportation was unsanitary, overstocked and dangerous. “I encountered many instances that could have ended my life,” Hamilton said. His group was first taken to Camp Cabanatuan, where they spent two and a half years. He was then loaded on a ship—the Oryoku Maru—bound for Japan, when it became clear that American troops would return to invade the Philippines. On its voyage to Japan, the ship was bombed by the U.S. Air Force, which had been ordered to sink all enemy ships, in Subic Bay. Hamilton and the other POWs were ordered to board another ship, the Enoura Maru, which was then bombed while docked. Finally, they were transferred to a third ship, the Brazil Maru, which reached Japan. Each POW transfer was a close call for Hamilton. “We were just left to take care of ourselves if we could, and we couldn’t,” he said. “It was a way of life that you never heard of.”

Of the 1,619 American POWs who had sailed from Corregidor Island, Hamilton was one of only 300 who survived to reach Kyushu Island, Japan. After four months in Camp Fukuoka in Japan, he went to Pusan, Korea and ended the trip at Camp Hoten in Mukden, Manchuria. Finally, in August 1945, Hamilton and the other POWs were liberated from Camp Hoten. Hamilton was a first lieutenant during his time as a POW. Anyone who survived the POW camps was promoted one grade. Hamilton returned home as a captain in the Army, and later retired from the Army reserves as lieutenant colonel.

Of the 25 Aggies who mustered on the rock in 1942, only 12 survived the battle at Corregidor and the POW camps. At 95, Hamilton’s eyes still light up when he thinks about the day he was liberated from being a prisoner of war.

After Hamilton’s years of selfless service to his country, he went on to live a successful life as a civil engineer. For his service he was awarded the Bronze Star, the Purple Heart, a Distinguished Unit Badge with three oak leaf clusters, and a Prisoner of War medal, among others. He made several narrow escapes during WWII aboard Japanese “hell” ships and POW camps, but he came home a hero.