Ann Bleiker ’98 submitted this story on behalf of her brother, Cecil ’96. It has been edited by Association staff for clarity and concision.

From Mount Aggie to working with the best alpine skiers in the world on the slopes in the shadow of the Great Wall, this Aggie from the small town of Texline, Texas, has indeed seen the world.

When Bleiker was a senior in high school, he thought he wanted to be an aerospace engineer, which led him to choose Texas A&M University—a place he had never visited until his freshman orientation. Engineering wasn’t to be his chosen path, but he instead found his perfect major in sport management. While being a world class athlete wasn’t his calling either, his degree has given him the opportunity to work with a multitude of world class athletes, including, but not limited to, Michael Phelps, Lindsay Vonn, Apollo Ohno, Laura Wilkinson, Bode Miller, Jeremy Bloom, Mikaela Shiffrin and many more.

During his time at Texas A&M, Bleiker worked as a student assistant in the sports information department, under the direction of Alan Cannon. He also interned in the Texas A&M University athletic department video lab (now called 12th Man Productions), under the direction of Andy Richardson. Following his graduation in December of 1997, he completed an internship with the United States Olympic and Paralympic Committee Media & Public Relations Department, in Colorado Springs, Colorado, learning from two of the best in the business – the late Mike Moran and Bob Condron.

After this internship, he was named the Communications and Media Relations senior manager for the United States Taekwondo Union (now USA Taekwondo). He then served a short stint with USA Volleyball before returning to the United States Olympic Committee Media and Public Affairs Department as the National Governing Body (NGB) media services manager. 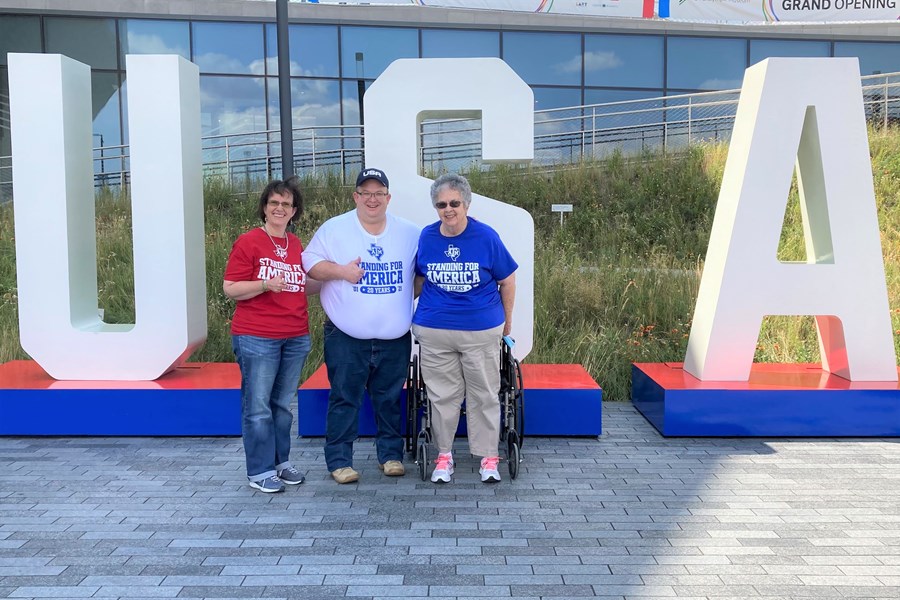 In Beijing, Bleiker is working for the organizing committee as an International Olympic Committee recommended press operations expert at Alpine Skiing and the sliding events (bobsled, luge and skeleton). His other Olympic Games experience includes serving as the press officer for the USA Judo team in Tokyo, Japan for the 2020 Summer Olympic Games. This came on the heels of serving as the manager of the Gangneung Media Village Workroom for the PyeongChang 2018 Organizing Committee, which oversaw the secondary Main Press Center venue that serviced the city competition venues. In 2016, Bleiker was the Venue Media Manager for RIOCENTRO 3 (Table Tennis Venue) for the Rio 2016 Organizing Committee. At both the PyeongChang 2018 Olympic Winter Games and the 2016 Rio Olympic Games, he was a panelist for the International Olympic Committee’s new Press Attaché Briefing at the request of the head of media operations for the International Olympic Committee. From 2013-2015, he was the director, press operations for the 2015 Pan American and Parapan American Games in Toronto, Ontario, Canada. As director, he oversaw all press operations staff, as well as the planning, budget and operations of all services and facilities for the accredited press clients attending the Games. In 2009-2010 he worked with the Vancouver Organizing Committee for the 2010 Olympic and Paralympic Winter Games (VANOC) as the venue press manager for the Vancouver Olympic Centre (Curling venue).

While the focus and attention always gravitates towards the athletes, it is also important to recognize the world class individuals working behind the scenes to make these sporting events a success—especially when they are representing the 12th Man!