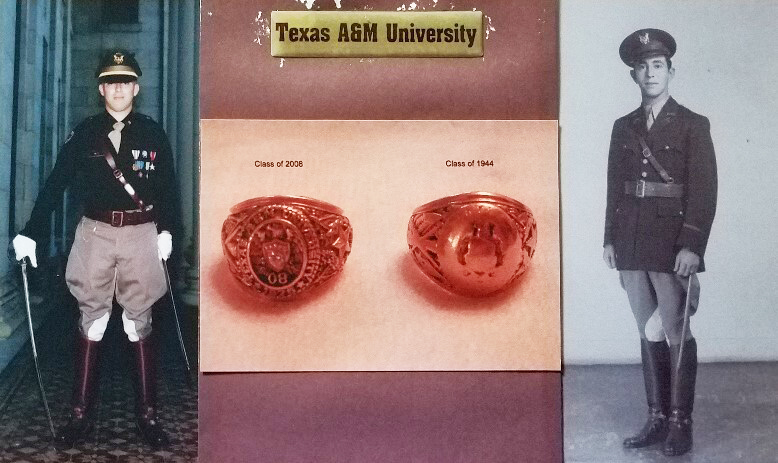 “My senior boots were borrowed, and my Aggie Ring is almost worn smooth. But my pride in being an Aggie has never changed.”

Willard Flowers ’44 has given to The Association of Former Students for 43 years: “Being a member of the Century Club reminds me that giving back is the best way to ensure that TAMU remains a strong and vital element in the careers of our next generations."

Flowers grew up during the Depression, left A&M to fight in World War II, was stationed in the Philippines and attended the 1946 Corregidor Muster, then returned and earned two engineering degrees from A&M.

“TAMU allowed me the resources for a long productive career. I have lived long enough to see the continuity of excellence – my grandson, Class of ’08 (Fightin’ Texas Aggie Band), and granddaughter-in-law, Class of ’10,” Flowers said.

“I would encourage all Aggies to give back in any capacity to this great university.”

He has given his time and effort as well to the Aggie Network, as a longtime member and officer of the Southeast Texas A&M Club.

“I also joined the Century Club as a way of giving back to TAMU on a broader scale. As the years have gone by, the year tags have grown in length,” he said.

“My Century Club plaque has always been proudly displayed and will remain so.”

Learn how you can join him in supporting other Aggies at AggieNetwork.com/Giving. 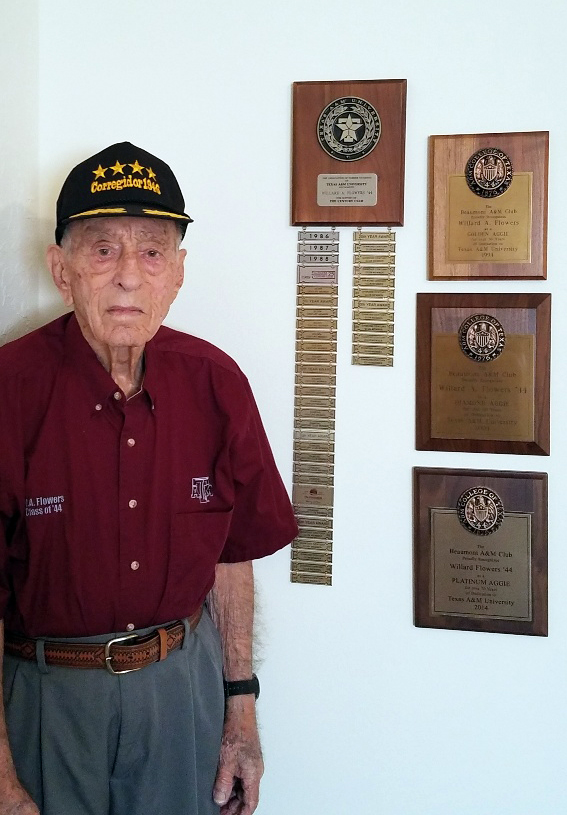