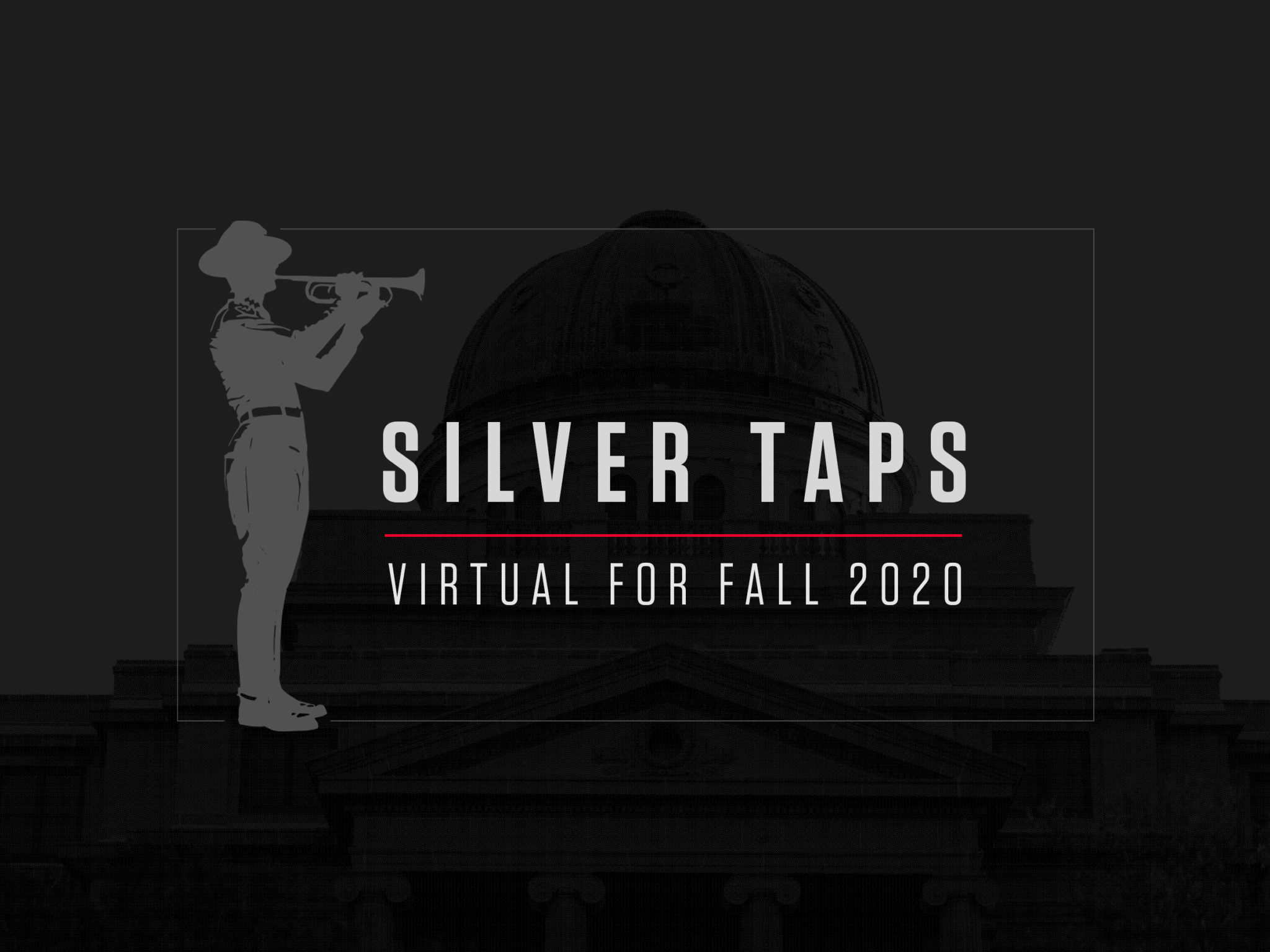 Silver Taps will be observed virtually Oct. 6 to honor the memory of a student who recently passed away.

Silver Taps is a tribute paid to an Aggie who, at the time of his or her death, was enrolled in undergraduate, graduate or professional courses at Texas A&M. Silver Taps was formerly observed as soon as possible after the death of an Aggie. Today it is held on the first Tuesday of each month from September to April, if necessary.

Because of the COVID-19 pandemic, university officials decided to hold the fall 2020 Silver Taps ceremonies in a virtual format.

Silver Taps is held the first Tuesday of each month from September-April, if necessary, following a student’s death. It is one of the final tributes held for any current professional, graduate or undergraduate student who has passed during the year.

To be honored at October's Silver Taps:

Her name has been added to the roll call for the 2021 Aggie Muster. Deceased Aggies who were students at the College Station campus when they died are eligible to be called at the student-run Muster at Reed Arena on April 21. (See the criteria for the Reed Arena roll call.) Their names, along with every other name on the 2021 worldwide roll call, will also be called during the live reading that will take place on April 21 at the Clayton W. Williams, Jr. Alumni Center. (See the current 2021 roll call.) Their names are also eligible to be called at one or more of the hundreds of hometown Musters that will take place around the world. (See the list of Musters currently registered for 2021.)