When the spread of the novel coronavirus pushed many spring events, Aggie Muster was no exception. Many local A&M Clubs and Muster groups moved their events online, but some elected to postpone until shelter-in-place orders lifted to gather in person. The Utah, Wichita Falls and the Fayette County A&M clubs held in-person events this summer where Aggies shared food, good conversation and remembered those who had passed since the last Muster.

Seventeen people came out June 26 for the Utah A&M Club’s Aggie Muster at Veterans Memorial Park in West Jordan. Nic Taunton ’07, vice president of development at The Association of Former Students, was the speaker. Club President Saundra Stroope ’88 said the Club decided to delay its Muster instead of go online because Aggies were able to watch a number of live events April 21, including those on The Association’s MusterLive.AggieNetwork.com, and took several steps to try to keep all attendees safe. “After being quarantined at home for weeks, the people who attended appreciated being together in the park,” she said. 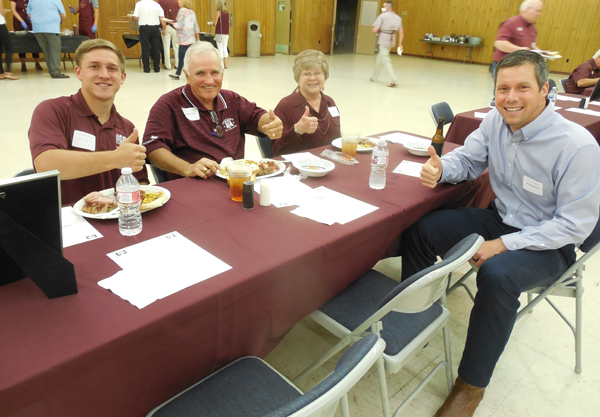 About 60 people enjoyed the Wichita Falls A&M Club Muster on June 25 in Burkburnett, while raising $900 for scholarships. 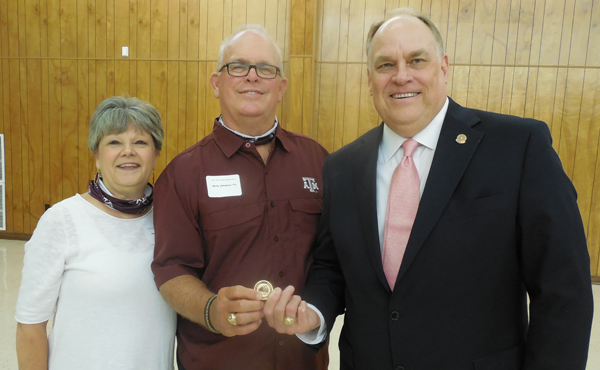 Association President and CEO Porter S. Garner III ’79 was the speaker and presented a Core Values Coin to Jerry L. Johnson III ’75. This small, rare gift was created by The Association of Former Students to recognize Aggies who live and reflect the core values of Texas A&M. 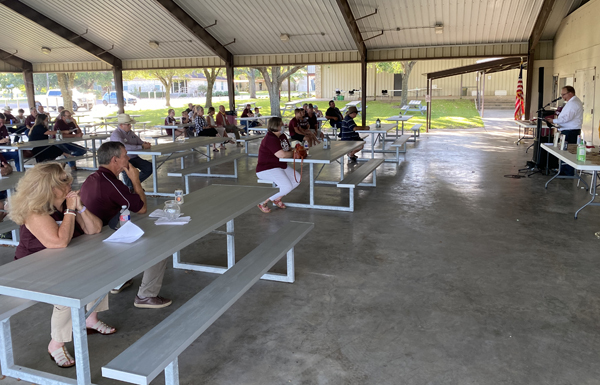 About 50 Aggies enjoyed a socially distant barbecue lunch July 23 for the Fayette County A&M Club’s Muster in La Grange. The Club awarded nine scholarships to current A&M students and raised more than $4,000 for future scholarships. Heath Clary ’19, author of a recent book about Aggie baseball, was the speaker.

Get involved in your local A&M Club at AggieNetwork.com/Clubs.

The Association of Former Students has a bold vision to engage 100,000 donors annually for Texas A&M by the end of 2020. To learn more, visit tx.ag/100Kby2020. To help us help more Aggies, and offer more support for A&M Clubs, make a gift at tx.ag/Give.