The 4-foot-tall aluminum letters were a Class Gift from the Class of ’88 and have been a focal point of Aggie pride for three decades, featured in countless photos, TV broadcasts and videos. They were replaced with updated lettering in 2018.

Now, the Class of ’88 is auctioning the original letters to raise money to support Texas A&M’s Memorial Student Center.

You can bid via eBay starting at 6 p.m. Aug. 26 through 6 p.m. Sept. 5. This short link will take you to the auctions: tx.ag/KyleLettersAuction.

Bidding opens at $100 for an individual letter. They are being offered for auction separately, except for the smaller, underlined "TH" in "12TH," which will be sold as a set with their underline bar.

The winning auction bid will be non-tax-deductible, but will go to support the MSC via the Class of ’88’s MSC Pillar fund. 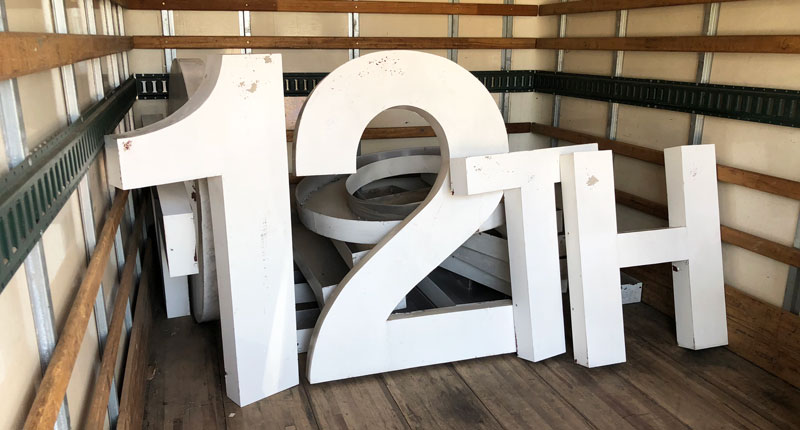 ABOVE: The letters were returned to the Class of '88 last year. BELOW: Many Aggies have had 'hands-on' contact with the sign over the years. 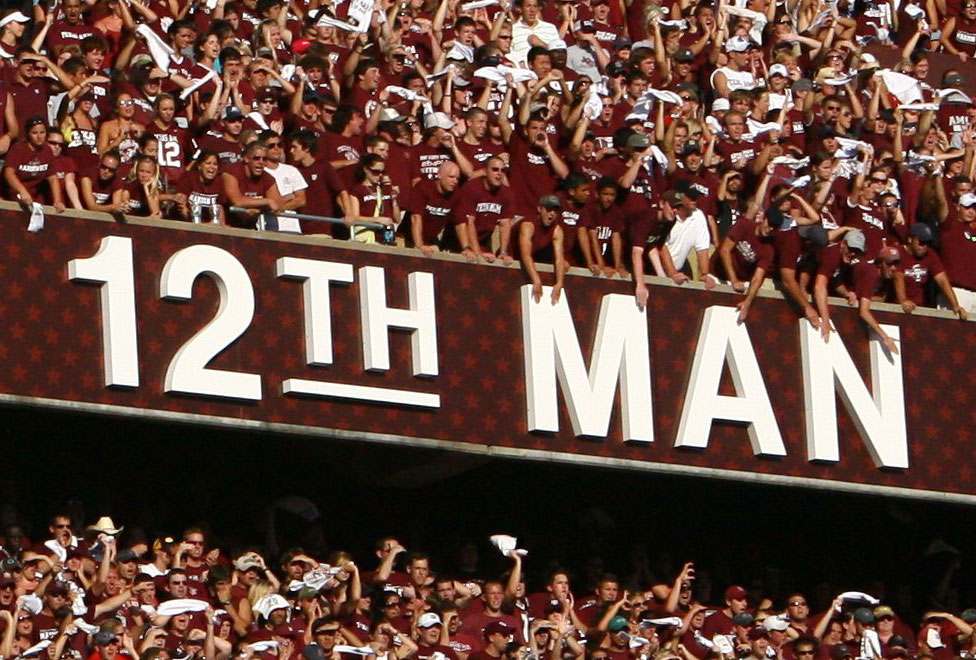 With this auction, a gift that was originally made by A&M students will go to support student life for Aggie generations to come at the MSC.

The original gift money was raised by the Class of '88 during their student days through events such as Ring Dance, including the sale of T-shirts for those events.

"I can't tell you how many hours I sat on those cowhide benches in the MSC or on the Quad selling those shirts," said Class Agent Tara Yancy '88. "No online orders!"

Class Agent David Mendoza '88 said, "It has come to mean so much more than we ever anticipated. They show the letters on every single shot of Kyle Field."

Texas A&M’s former student Class activities are organized by the Class Agents, who are Association of Former Students volunteers. Find your Class and agents’ contact information at AggieNetwork.com/class, and see if you have a reunion coming up at AggieNetwork.com/reunions! Gifts to The Association are separate from this Class of ’88 fund, and support a wide range of services and programs including the MSC, A&M scholarships, student organizations, Aggie traditions and A&M Class and Club activities; Annual Fund gifts can be made at any time via tx.ag/give. 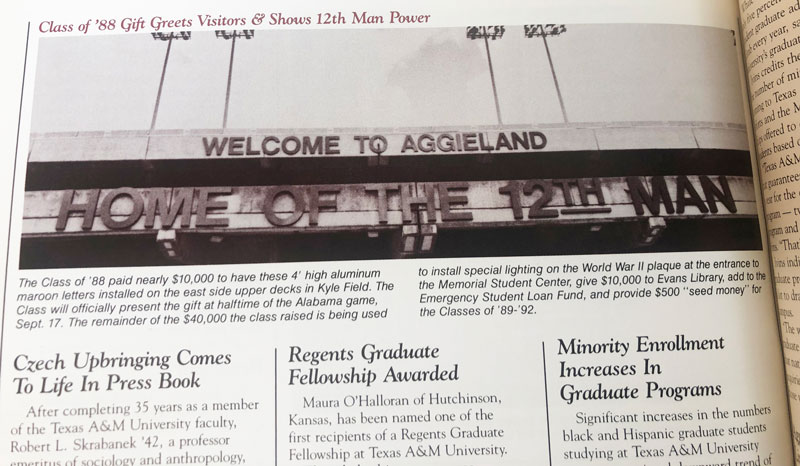 ABOVE: The letters were originally maroon, as shown in the October 1988 issue of Texas Aggie magazine. (The Welcome to Aggieland' lettering was later moved to Kyle's west side.) BELOW: The new lettering (shown at a night game in September 2018) matches the font of other Kyle Field signs and can be backlit.

Your donations allow The Association of Former Students to support the A&M Class Agents, Class Reunions and many other programs for current and former students. Thank you! You can make a gift of any amount at tx.ag/give.