“When you move away from a place, the two things you always miss the most are the food and the people.”

This realization motivated Jack Timmons ’82, who had spent about two decades living in the Pacific Northwest, to leave his career at Microsoft and start a Texas barbecue restaurant. Jack’s BBQ celebrated its two-year anniversary in September 2016 and is dubbed by its owner as “a safe place for Texans in Seattle.”

Like countless other successful stories, Timmons’ transition from electrical engineer to restaurant entrepreneur involved conversations facilitated by social media and connections formed through the Aggie Network.

In 2012, Timmons was prompted to attend Barbecue Summer Camp by “@BBQSnob,” the Twitter handle of Daniel Vaughn, barbecue editor for Texas Monthly. Where could one find a Barbecue Summer Camp? Timmons had to look no further than the institution printed on his diploma: Texas A&M University. 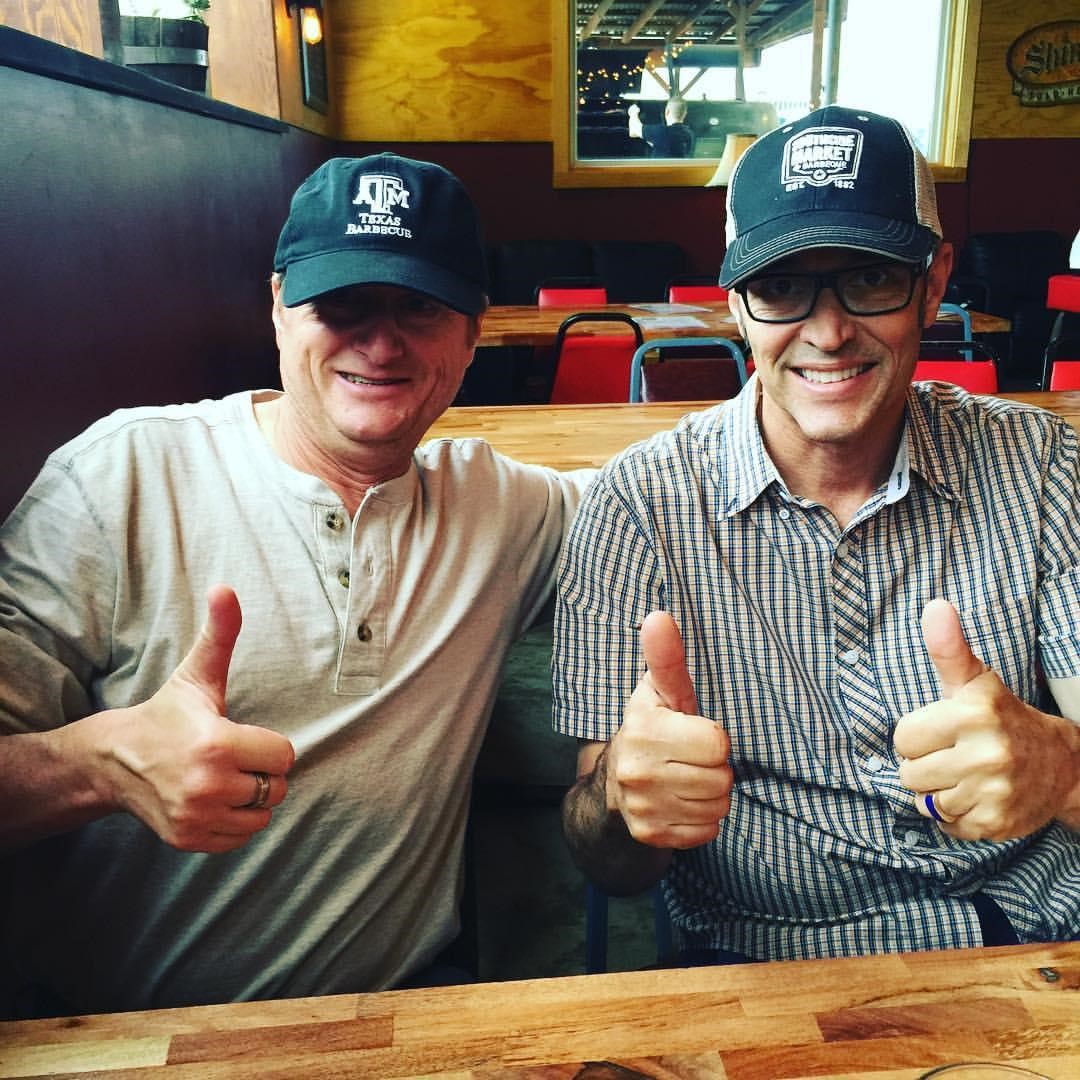 Barbecue Summer Camp is a seven-year-old tradition hosted annually in College Station by Texas A&M’s Department of Animal Science. A collaboration with Foodways Texas—an organization established at the University of Texas at Austin—and Aggie students and professors of the meat sciences department, the camp continues to grow in popularity.

Timmons credits the camp for equipping him with the skills, inspiration and mentorship to turn his part-time hobby into a full-time gig. Several staff and faculty members of the meat science department participate as camp instructors.

“Don’t be afraid to try something new and change your career,” Timmons advised. “But when you do, find a program at Texas A&M that supports it.”

Timmons remains in contact with a few of these educators, including Distinguished Professor Jeff Savell ’75, who holds three degrees in animal science from Texas A&M and teaches the renowned one-hour freshman course ANSC 117: Texas Barbecue. Savell was recognized in 1988 with The Association of Former Students’ Distinguished Achievement Award in Teaching for his work and dedication to students. Now his passion for barbecue and excellence in teaching are expanding to also influence former students.

Timmons recalls that he never encountered the meat sciences department while he was on campus earning his engineering degree, but he now views their students and faculty as the largest leveraging component of his Aggie Network.

Once Timmons acquired expertise in the science of perfecting a brisket, he still faced several more steps in establishing a business, leading him to seek further assistance and mentorship from fellow Aggies. One Aggie he sought out was Rodney Muirhead ’91, owner of Podnah’s Pit, who has been offering Texas-style barbecue meats to the Portland, Ore., area since 2006. Muirhead played a pivotal role in helping Timmons open—and even design—the doors to Jack’s BBQ.

“I went to visit his restaurant and it was pretty much a clone of what I was envisioning,” Timmons said. “We met at the Doug Fir Lounge for drinks or coffee and I asked him to help me design the kitchen for Jack’s BBQ. He shared his kitchen layout and even let me borrow his kitchen manager to come up to Seattle so he could get our equipment laid out and everything.”

Timmons’ background in engineering remains useful in his new career. “As an engineer, you learn how to dig deep to solve problems," he said. "Problems happen about 20 times a day around here. Instead of worrying about calling someone else right away, you drill down and use your ability to problem solve, which is the number one thing I learned as an engineer at Texas A&M.” 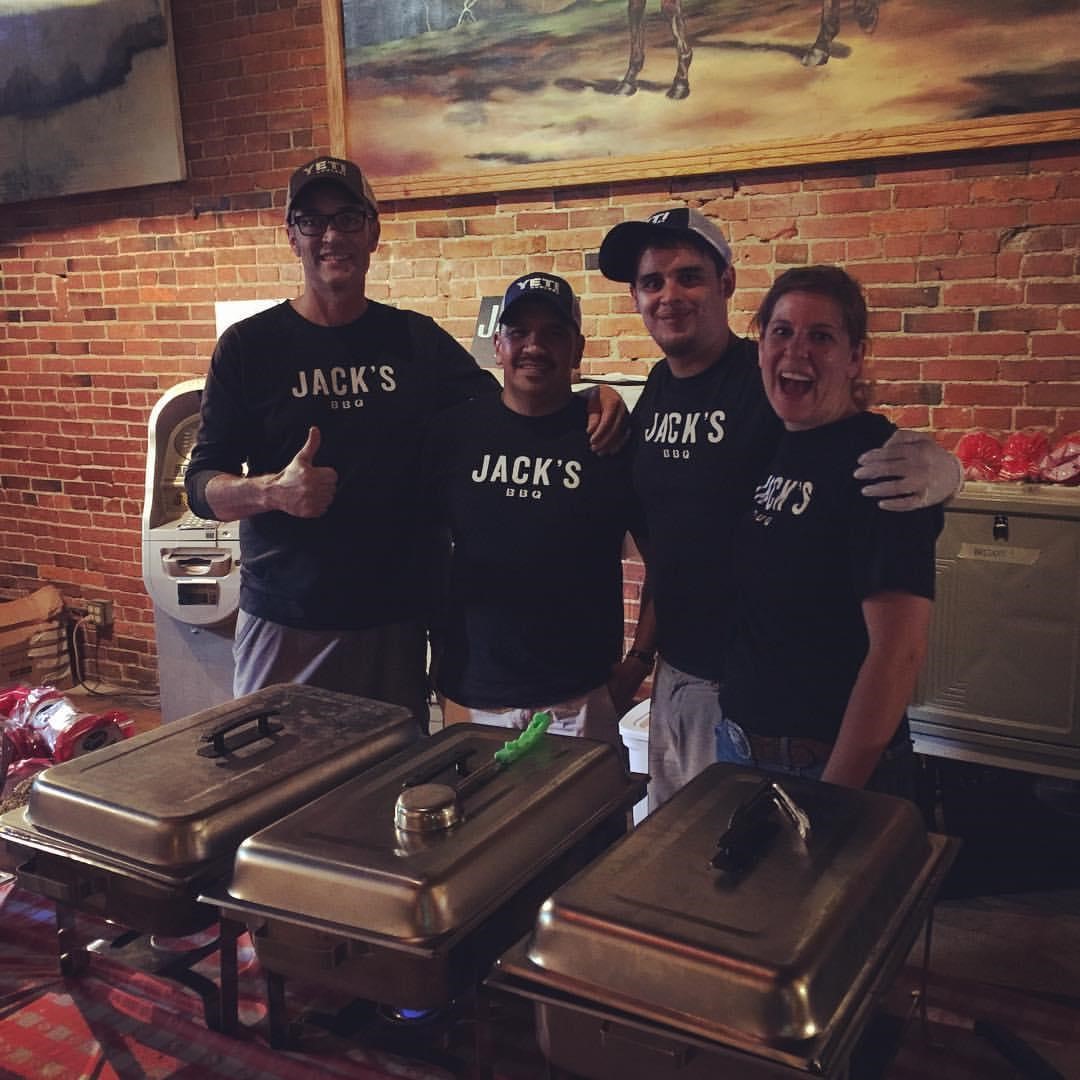 Jack gives a gig ‘em with some of his teammates while catering for a YETI film festival.

Before establishing a brick-and-mortar storefront, Timmons hosted the “Seattle Brisket Experience,” modeled after Dan Delaney’s ‘Brisket Lab’ in New York. These annual events are where his meats began to gain exposure, including getting the attention of the rapper and producer Sir Mix-A-Lot, who is based in Seattle and began tweeting about “@JacksBBQ.” Timmons believes that exposure, paired with Amazon filming at one of the events, led to additional media and publicity for Jacks BBQ, which has been voted #1 BBQ by Seattle Weekly two years in a row.

One of Timmons' most rewarding moments as a new restaurant owner was the night a regular customer, Matthew Rock ’09—an Aggie and a displaced Texan studying divinity for graduate school in Seattle—held his wedding rehearsal dinner at the restaurant. Timmons was proud to prepare the meal for his fellow Aggie.

Seeing customers, especially Texans and Aggies, coming to his restaurant and being joyful provides recurring affirmation he has found the right career path. 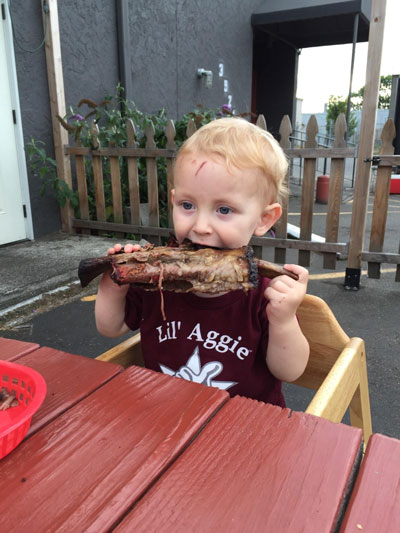 “A woman came up to me once and said in a thick, Southern accent: ‘I’m from Texas and I haven't had good barbecue in 10 years and I just asked my husband if I could come hug you because I’m so happy right now.’”

Timmons says this whole journey has been a learning experience for him, and extremely rewarding.

“It’s like I’m back home. It solved my homesick Texan problem. When you leave home, you miss the food and the people. I’ve got both of those back in my life now.”

Photos courtesy of Jack Timmons '82 and Jack's BBQ on Facebook.